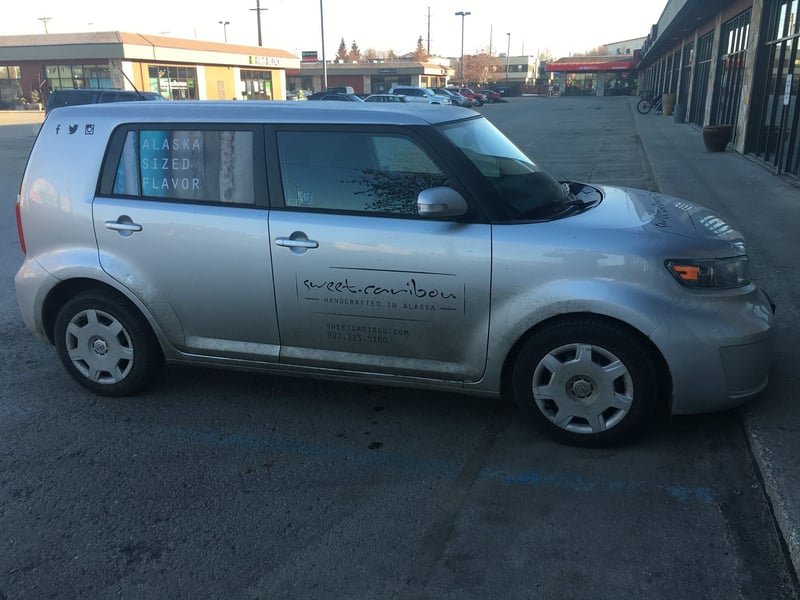 The Sweet Caribou bakery in Anchorage, who offered a tasty reward for the return of their stolen delivery car, says their Macaron Mobile has been recovered.

The shop’s owner James Strong says one of their “Macaron Mobiles” disappeared from their parking lot near 36th Ave and Arctic Blvd sometime between Thursday night and Friday morning.

Strong filed a police report and then turned to social media for help, offering a free box of macarons, once a week, for a year to anyone who aids in the return of their stolen delivery car.

Saturday evening, Sweet Caribou posted to their Facebook page saying their Macaron Mobile had been recovered.

A customer of Animal Control reported it, who then turned around and reported the news to police and Sweet Caribou.

Sweet Caribou’s owner says both people will get a reward for their help in recovering the Macaron Mobile.

The vehicle’s wrap was partially removed and some of the equipment had been stolen.