FRANKLYWNOW - Airport considers plans for hotel connected to the terminal

Airport considers plans for hotel connected to the terminal 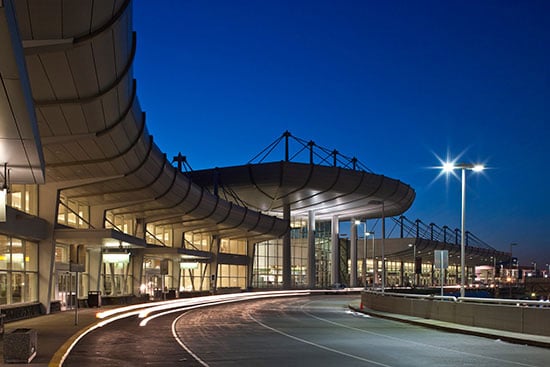 A new hotel may soon be within walking distance of Ted Stevens Anchorage International Airport.

Tom Hubble, the airport’s leasing and concessions business manager, said the airport considered putting a hotel on its property in 2005. Plans were put on the back burner when the recession hit.

Hubble said now seems to be the perfect time to invest in upgrades around the airport. There are two sites up for consideration: An empty lot between the north and south terminals, or space between the rental car facility and the train depot.

After a company from the Lower 48 put in an application the airport put out a pubic notice and received three more competing applications.

“I think it would take us up one step from where we are now,” Hubble said. “There aren’t that many airports that have hotels that are connected to the terminal. I think it would be a big thing for our passengers.”

There are also several changes inside the terminal. The airport added a Sushi on the Fly restaurant near gate C6, opened the third floor Sleeping Lady Lounge and opened the new Pork and Pickle restaurant.

Hubble said there are plans to broaden restaurant services so hotel guests won’t have to go through security, including expanding Pork and Pickle into the space Yogurtland occupied, and doubling the seating in the Norton Sound restaurant.

“That’s our goal is someone could come to the airport and it’s like a mini city. They have a place where they can stay at the hotel that’s connected to the terminal. They can enjoy our concessions and once they’re ready to leave they can walk out of their hotel, through TSA and get on their airplane,” Hubble said.

The airport will put out a bid in the next three to six months, which will allow all developers, even ones that haven’t put in an application, to bid on the project.

Hubble said he hopes to have the hotel under contract and under construction by 2018.

The post Airport considers plans for hotel connected to the terminal appeared first on KTVA 11.