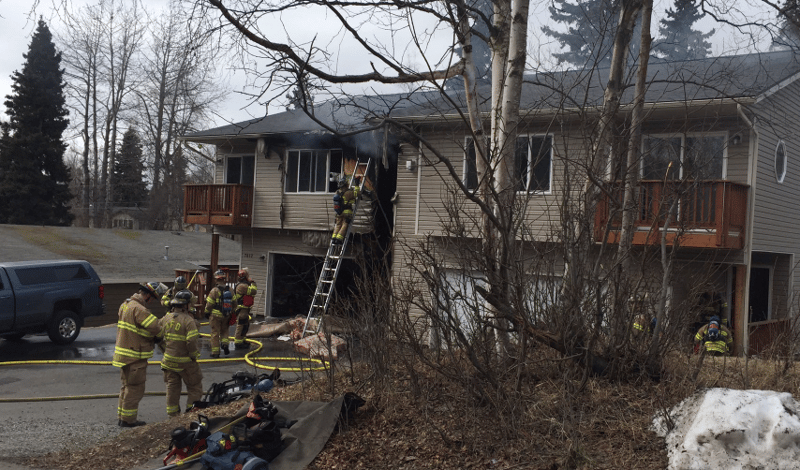 Crews were dispatched to a house fire early Sunday afternoon in Sand Lake.

Just after noon, 13 Anchorage Fire units were called to a duplex in the 7800 block of Fenn Street.

Homeowner told me everyone got out of the building OK. She does not know what caused the fire. @ktva pic.twitter.com/9SfbGD1aCA

All occupants of the duplex were able to escape the blaze safely.

The cause of the fire is under investigation, though one of the occupants of the residence told KTVA that the fire appears to have started outside and worked its way into the attic.