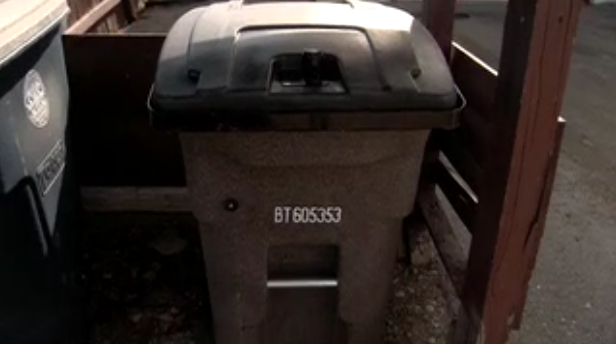 The Government Hill neighborhood that’s had a long history with problem bears is finally getting something residents say they’ve wanted: bear-resistant trash cans.

The trash cans weren’t available two summers ago when a black bear with three cubs made regular visits to the neighborhood, attracting huge crowds in the process. The bears were eventually put down by Fish and Game.

Melinda Gant , Government Hill Community Council president, said trash was a big problem at the time but it was it was difficult to agree on what to do about it.

“Everybody was kind of pointing their fingers,” said Gant. “Then, about a year ago, we said, ‘we need to come together and work on this. The grounding factor is, we have bears, and that’s not changing.'”

Last summer, Solid Waste Services, the municipal utility that provides trash collection for Government Hill, started a pilot program providing bear cans in the neighborhood. But the cans were limited, and, some said, became available too late in the season after bears had already woken up.

Now the utility has cans for whoever wants one. Not just in Government Hill but for any of their customers in Anchorage.

Fish and Game biologist Cory Stantorf said that’s a win because bears who aren’t able to get into garbage usually don’t hang around.

Gant said they still plan to do education in the neighborhood, but she believes the situation has improved. She said residents are getting better about securing trash and neighbors are talking to those who don’t. The bear-resistant cans are voluntary, but Gant said she would encourage anyone who doesn’t have a garage or a place to store trash indoors to get one.

Alaska Waste, the other Anchorage company that provides trash services, also provides bear-resistant cans for its customers. But, the company said it has a waiting list of about 400 people. A customer service representative said Alaska Waste is expecting a large shipment of bear-resistant cans by the end of May, which should be enough for anyone who wants one.