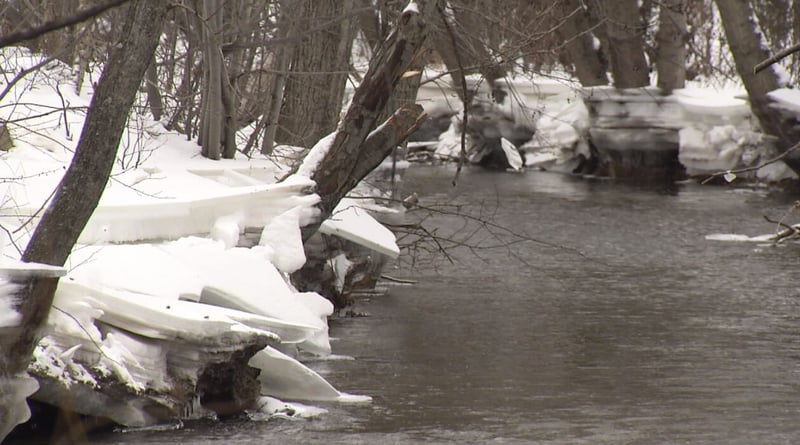 The Municipality of Anchorage is one step closer to solving a flooding problem that residents who live in the Chester Creek area have been dealing with for years.

It’s widely agreed upon by both residents and the municipality, that the main cause of the flooding affecting homes is the culvert that runs beneath Arctic Boulevard.

“The culvert, from what we’ve known and everybody knows in the neighborhood, it’s undersized,” said resident John Tichotsky.

Ice builds up in the culvert, causing the creek to swell. With a bike path to one side, the water has nowhere to go but into nearby homes.

The city has come up with two solutions they explained to residents during an open house Wednesday evening.

One, is to put a bigger culvert under Arctic Boulevard for the price of about $1.8 million. The second option is to realign the channel, to create more meanders that used to exist before the current straightened. That would cost an estimated $15.7 million.

When asked if fixing the culvert alone will be enough, city project administrator Melinda Tsu said, “So far, for what we’re looking at, it resolves most of the flooding problems and we think that the flood boundaries will be reduced so that’s not impacting those properties.”

Residents are happy to see the project is moving forward, but they’ve had their hopes up in years past.

“We’ll believe it when we see it,” said Tichotsky.

Part of the bond money voters approved at the beginning of this month, includes $500,000 that can be used on the design of the new culvert, but the construction costs would likely have to come from another bond.