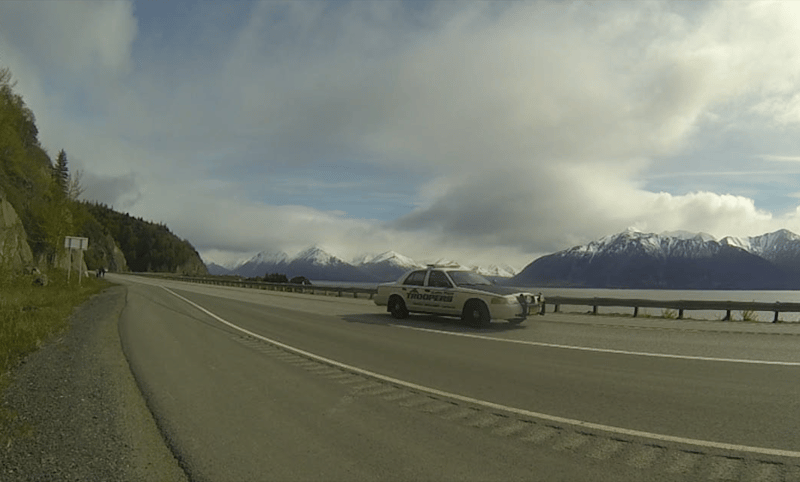 One of Alaska’s busiest sections of road is no longer regularly patrolled by law enforcement.

Starting Monday, Alaska State Troopers will stop their regular patrols of the portion of highway between McHugh Creek and mile 75, not far from Portage. Troopers had previously said it is the Anchorage Police Department’s (APD) responsibility to patrol that area.

However, while that part of the road is within municipality boundaries, it is outside of APD’s service area, so officers are prohibited by the city charter from patrolling there.

Now, three troopers will be responsible for patrolling the highway between Seward and Willow — a 200 mile stretch — according to the Anchorage mayor’s chief of staff, Susanne Fleek-Green. Those troopers work 12 p.m. to 8 p.m.

“When the troopers are not on shift, there will not be regular police patrols on the Seward Highway because APD is not authorized,” said Fleek-Green.

While the end of regular patrols is not unexpected, it is frustrating for some people who live in Turnagain Arm communities.

“People are concerned. They’re worried about what happens when there’s an accident,” said Sam Daniel, who has lived in Girdwood for 31 years.

Fleek-Green said when someone dials 911 about an emergency on the highway, troopers will decide whether they can respond. If they cannot, they can ask for assistance from APD under their “mutual aid agreement.”

“We have had a long standing agreement with the troopers,” said Fleek-Green.

At a meeting last week, people in Turnagain Arm requested $2 million from the state to get the Municipality of Anchorage to temporarily take over patrol services for the highway, according to Daniel.

“The assembly would still have to approve that, and that would be a stop-gap measure for the summer,” said Daniel.

He said because the stretch of road is so widely used by Alaskans, people statewide should ask lawmakers in Juneau to take action.

“Everyone needs to call the legislature and the governor and tell them to fund this,” said Daniel.

Daniel said the end of regular patrols affects many people outside the Turnagain Arm.

“It’s impactful for everyone. It’ll affect the economy. It’ll affect all the folks that come up here. All of Southcentral will be impacted,” he said.

Fleek-Green said while the affected portion of the highway is part of the municipality, it cannot be Anchorage’s sole responsibility to fix the problem.

“The Seward Highway is used by Alaskans from all over the state. It is not just used by Anchorage residents, so we are trying to look for ways that it can be funded through another mechanism other than just putting it on Anchorage property tax payers,” she said.

Alaska State Troopers did not provide a comment on the issue.