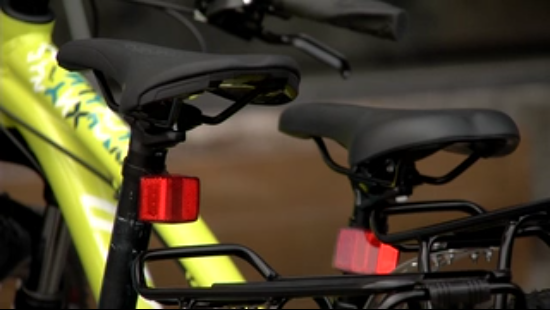 An after-school program that aims to give seventh-grade girls confidence on a bicycle had a setback this week when someone stole five bikes from a portable classroom at Steller School. By the end of the day Wednesday, all the bikes had been replaced– thanks to donations by the community.

When word got out about the thefts, people wanted to know how they could help, said Wilcox. Several came directly to the Bicycle Shop on Northern Lights where Wilcox works and bought one or more $450 bikes outright. Even more went to the program’s website and donated online. Wilcox said she didn’t have final figures for how much had been raised but said it was several thousand dollars– enough to keep the program running for another year.

Wilcox said the original bikes were donated by the manufacturer, Specialized Bikes. Fortunately, the bicycle shop had the same bikes in stock. On Wednesday afternoon, the girls were surprised by the news that their bikes had been replaced and more surprised when presented with their brand new bikes. Wilcox said the girls will get to keep them once their six-week program is through.

The post Community comes together to replace stolen bikes appeared first on KTVA 11.