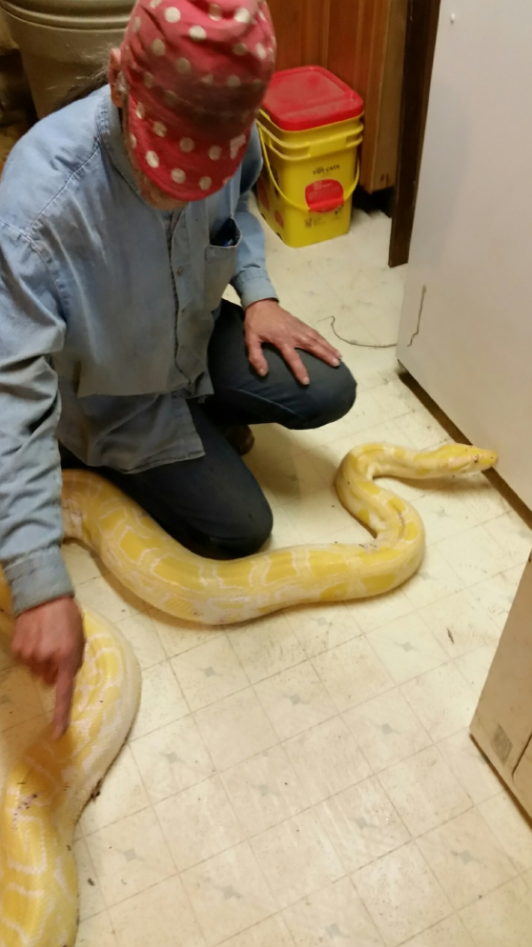 Mat-Su Animal Care Officer Darla Erskine shown wincing some at Sam's approach. Sam is a 17-foot, 100-pound python that can squeeze you to death or sink in teeth if you are considered prey. (MatSu Borough)

Back in the living room again, Sam, the albino Burmese python, reappears after many people hunted for him. (MatSu Borough)

In the bathroom with 100-pound Sam, the albino Burmese python, who went missing. (MatSu Borough)

Monday evening, Sam, the 17-foot python who’s been on the loose in the Mat-Su area since Monday, April 24, has returned home.

Hyde says he definitely thinks Sam had an adventure because he returned home with tar on his head.

Sam is believed to have escaped while Hyde was doing yardwork two weeks ago. Sam, who has the run of the house, apparently just slithered out the door.

Courtesy of the Matanuska-Susitna Borough

Neighbors were worried as a python of Sam’s size is capable of eating small animals– up to the size of a deer, according to Animal Control.