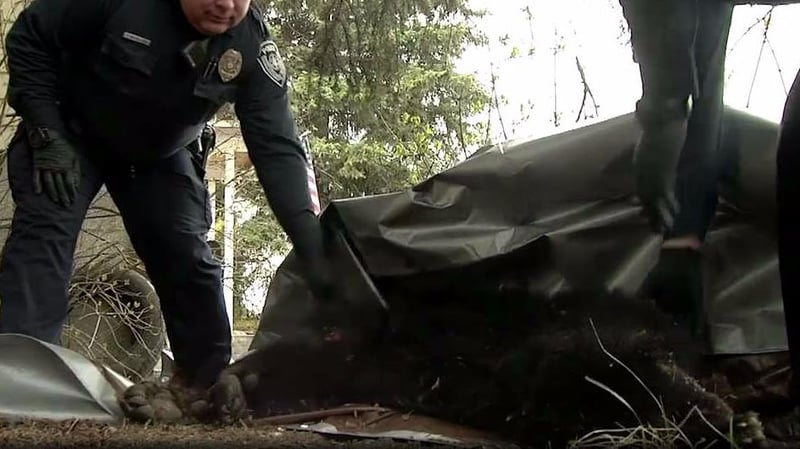 Saturday afternoon the Anchorage Police Department (APD) notified the public that they put down a bear that was getting into trash in east Anchorage and reportedly charged two women.

Shortly before 4 p.m. Saturday, Fish and Game spokesperson Ken Marsh said state biologists had just been notified. Marsh added that the biologists hadn’t received any recent reports of a bear the area.

When officer arrived, they found the bear eating from a trash can.

“It was very protective of the area,” said Mitchell. “When the officers tried to get a better look at where the bear was at, the bear postured up, ears went flat and they made the decision at that point that the bear was a danger to citizens here on the street.”

Mitchell said the officers followed protocol in deciding to put the bear down.

Daniel Terrini, who lives in the neighborhood, said they don’t usually see bears there. He said he heard the shots, but didn’t know what was happening until it was all over. Terrini called the sad situation avoidable, but he understands why officers took action.

“It saw a large heap of trash out there and it saw an opportunity and knowing bears in Alaska, they like to dig through trash for food,” he said. “Just make sure you handle your trash responsibly.”