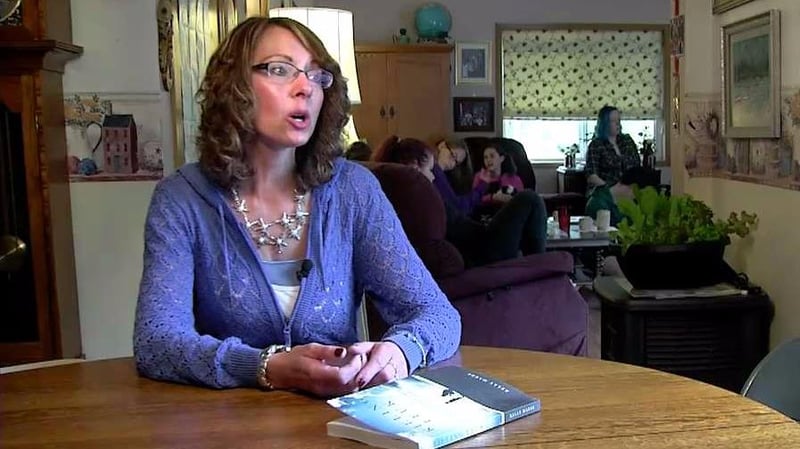 This Mother’s Day was the first one in a few years that Kelly Marre has been well enough to celebrate with her family.

Sunday, five generations of Marre’s family packed into her grandfather’s home in Palmer, along with the dogs, fresh flowers and pizza.

In October of 2014, Marre was diagnosed with leukemia. She needed a bone marrow transplant, but there wasn’t a match for her on the donor list.

Leaning on her large family, she stayed strong. They found ways to make her treatments fun, like choreographing a dance to the song “Overcomer,” and performing it in a hospital courtyard.

Back at home, her friends and family held drives, getting people signed up to be donors, hoping to find her a match in Alaska.

Then, two years ago this Mother’s Day, on May 14, 2015, she received a stem cell transplant from the umbilical cord of a baby boy in France.

“It’s so special to be here today celebrating my second anniversary with Mother’s Day, that means a lot,” said Marre.

But, she says the annual holiday always brings difficult memories with it.

“It’s hard because I miss my son Logan. So Mother’s Day is always just a little bit sad for me.”

Logan is where her battle with cancer first began. Her son was diagnosed with leukemia in 1997 when he was nine years old. He also needed a bone marrow transplant, but there wasn’t a match for him on the donor list. He finally received a cord blood transplant, but later died of complications when he was 11.

“You know, it’s devastating to hear the news, ‘We don’t have a match for you,’ when you’re told that’s your only chance for survival,” she said.

Since Logan’s diagnosis, and through her own years later, Marre has become an advocate, organizing drives to get people signed up to be donors.

Today, she’s in remission. Her DNA has changed following her cord blood transplant, and there is no cancer in her body. She’s published a book, “Killing Leuk,” which is available on Amazon. She’s hoping the story she shares with Logan can help others.

That same stubbornness she found to fight her diagnosis is what now fuels her fight to make collecting cord blood donations possible as babies are born in Alaska.

She knows others are facing a ticking clock, and they deserve more time with the people they love. As long as she’s here to hold her loved ones close, she’ll do all she can to make sure as many people as possible get more moments like those.

Marre’s goal is to get 1,000 people signed up on the donor list this year, and she’ll be planning more drives to get that done. She says so far, she has 49.

She also has a book signing at Annabelle’s Books in the Carrs mall in Wasilla, on Saturday May 20, from 11 a.m. to 1 p.m.