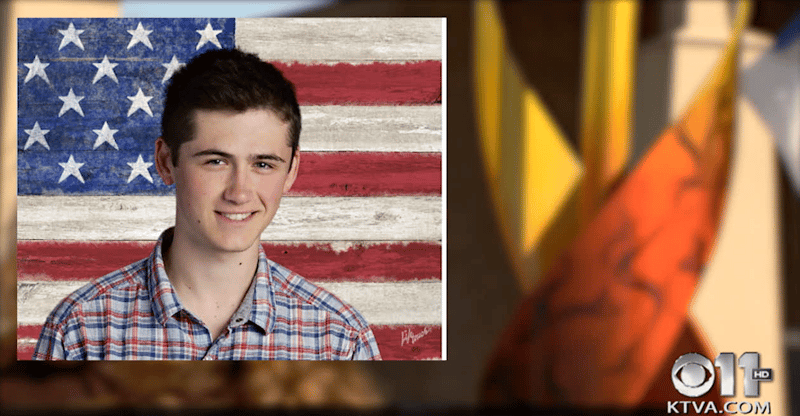 It’s been six months since David Grunwald was allegedly beaten, kidnapped and shot to death.

Now the 16-year-old’s life is being remembered with a new memorial at Academy Charter School in Palmer, where he attended 7th and 8th grade.

The impacts of David’s death were felt on a nationwide level.

Edie says she commissioned a piece of artwork in an effort to forge something colorful out of the tragedy.

“This is part of a little bit of healing for the community,” said Edie. “David can’t be forgotten, because we really need to do something so it doesn’t happen to somebody else.”

It features three colorful steel flames coming together on a rotating base. Gittlein says it symbolizes the bright side of life.

“It’s this idea of unity and community,” Gittlein said. “Together we create light, and it gets bigger and bigger as we come together.”

The sculpture was unveiled during a special ribbon cutting ceremony on Monday.

Edie Grunwald says it’s a 13-foot reminder that when dark things happen you can always find the light.