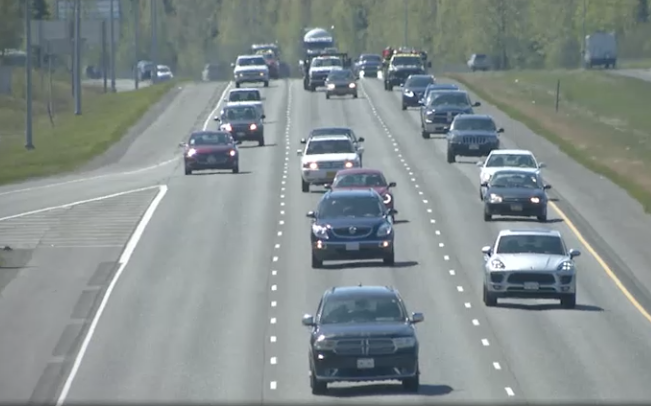 Drivers on the Glenn Highway face the battle of the straddle on their commutes, as ruts have taken over the roadway.

Alaska Department of Transportation spokesperson Shannon McCarthy said the ruts aren’t just a problem for drivers, they can cause some serious problems long term if too much water builds up.

“If you have rutting or cracking, that water gets into the pavement, then it can damage the sub-base and that’s an expensive repair,” McCarthy said.

That’s why preventative maintenance is key. Construction crews will resurface 22 lane miles of the Glenn Highway from Anchorage to Eklutna this summer.

“We’re grinding up the asphalt, filling in any low spots and we’re repaving it, and that really preserves the whole highway,” McCarthy explained.

Engineers said maintaining our current infrastructure is crucial. David Gamez, a civil engineer with CH2M Hill, was one of the guest presenters at the Anchorage Chamber of Commerce’s Make it Monday forum.

Gamez said Alaska has a leg up when it comes to the age of our infrastructure. Since the state was founded in 1959 many of our roadways and buildings are much newer than those found on the East Coast.

He said when the state isn’t investing in capital projects it’s important to use the funding we have to make improvements, not build new infrastructure.

“It’s important to maintain our roads because it’s our main conduit for people going from Point A to Point B,” Gamez said. “You may have roadways that are deteriorating and you’ll have to spend more long term than coming back and fixing it in the near term.”

Funding is a major issue when it comes to keeping up with infrastructure. McCarthy said DOT will spend about $700 million around the state fixing roadways and airport runways. Only $70 million comes from state funds, the rest is paid for with federal dollars.

Alaska received $2.6 billion from the Fix America’s Surface Transportation Act in 2015; that gives us about $555 million a year for improvement projects until 2020.