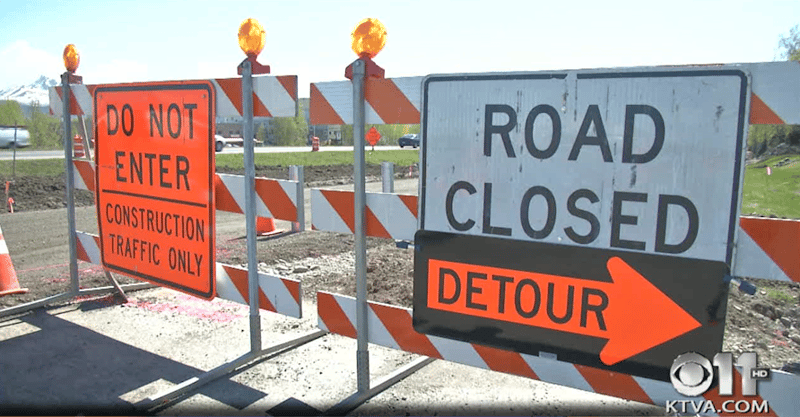 Drivers on the Glenn and Seward highways are in for some major detours this weekend.

Beginning 8 p.m. Friday, the Alaska Department of Transportation (DOT) will reroute both northbound and southbound traffic through the on/off ramps at the Peters Creek bridge. That detour will last until 5 a.m. Monday.

DOT spokesperson Shannon McCarthy said the construction is part of the $10 million Pavement Preservation project from Hiland to Eklutna this summer.

McCarthy said that while there might be some congestion as people detour through the ramps it was important for DOT to keep traffic flowing as much as possible.

“Because bridges are more narrow areas we can’t just shut down one lane and allow another lane to operate,” McCarthy explained. “In fact that would actually cause more traffic because we’d have to stop traffic and let one direction flow then the other direction. So this is a better option.”

Drivers southbound on the Seward Highway will notice a major detour beginning Saturday. As part of the Dowling to Dimond projects traffic will be routed onto Homer Drive for the rest of the summer.

McCarthy advises drivers to slow down because that area will have a 45 mph speed limit.

Northbound traffic will be detoured onto Brayton Drive beginning in early June.