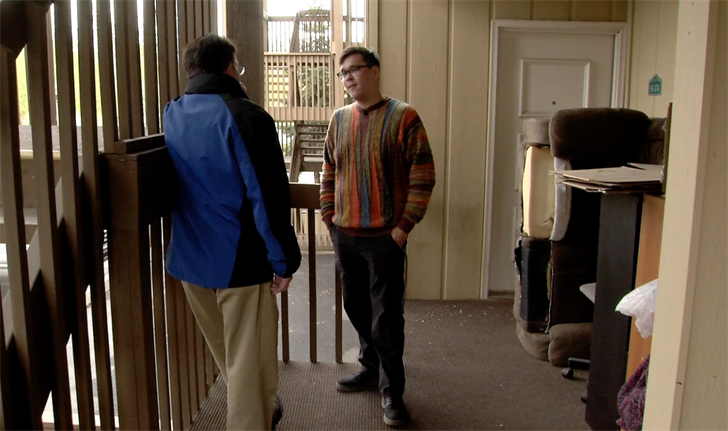 “How do you cope with watching someone’s last moments,” Gary Hutson asks, while standing outside his apartment.

That question has haunted the Anchorage resident since the early morning hours of April 19, when he watched 22-year-old Brittany Haag slowly die in her apartment at the Club at Eagle Point. Prosecutors claim her boyfriend, Victor Sibson, shot her as he tried to commit suicide inside their shared apartment.

“I cracked the door open, I could see her, she was kind of hunched over,” said Hutson, recalling the moment Haag knocked on his door to ask for help.

Hutson followed her back to her apartment, where Sibson was lying on the floor.

Assistant District Attorney James Fayette said evidence concludes Sibson likely fired one shot. It went through his skull, and struck Haag, hitting vital organs as she tried to take the gun away from him.

Fayette said Sibson had always been considered a suspect, but, there’s a good reason why he had not been taken into custody.

“There was substantial doubt at the outset [that] Mr. Sibson would survive. He had an entry wound on the left side of his head, he had an exit wound on the top of his skull,” said Fayette.

Hutson admits there’s a lot of anger built up in him since the event. Plus, he says he’s now prone to panic attacks.

“I came here at lunchtime, and he was on the loose. What if he was in there the whole time, and I was in there,” said Hutson, describing his apartment immediately next to Sibson’s.

The apartment sits empty, but the couple’s belongings remain right outside.

“How do you move someone into a place where that just happened,” asked Hutson. “Yeah about that place, someone just bled out right there. Someone tried to kill themselves right there.”

Sibson, who is charged with second-degree murder, turned himself in to police Friday afternoon. He’s expected to appear in Anchorage jail court Saturday.