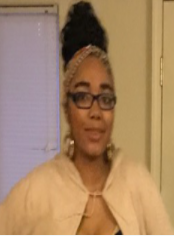 Celonia Rainey has been located and is safe, according to a Wednesday update from the Anchorage Police Department.

Police are asking for your help in locating a missing teen they say ran away from home.

Celonia Rainey, 15, was last seen in the 5200 block of Chena Avenue in east Anchorage Sunday afternoon around 1.

Celoina is described as a light-skinned black female, standing 5-foot-7 and weighing about 165 pounds. She has short black hair and brown eyes. Anchorage Police say she normally wears her hair in a ponytail but has been known to wear long hair extensions.

APD says there is concern for Celonia’s wellbeing.

If you have any information on her whereabouts, you’re asked to call Anchorage Police at 786-8900.