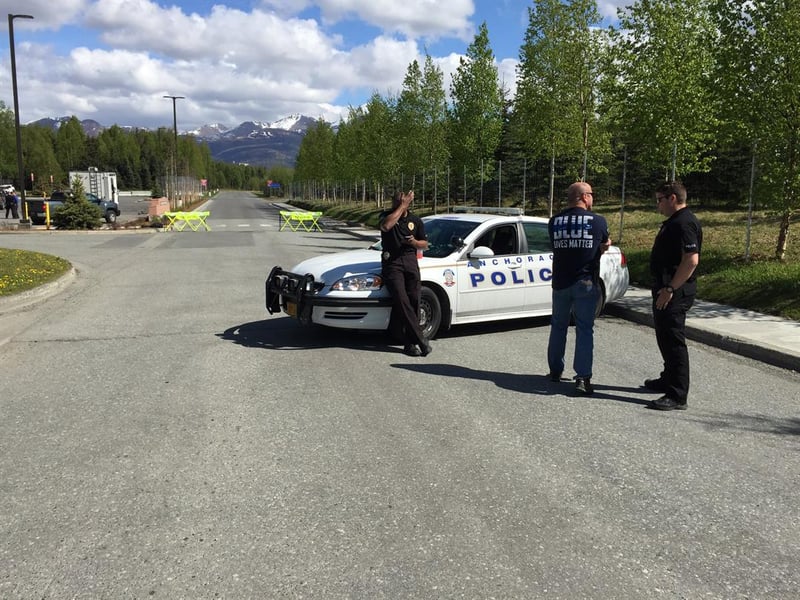 Officers block off the entrance to APD headquarters as the bomb squad disposes of explosive. (Nick Swann / KTVA)

A man brought a homemade bomb to Anchorage Police Department (APD) headquarters just before 2 p.m. Tuesday in an effort to properly dispose of it, according to APD spokesperson Renee Oistad.

A road leading into the complex was closed while the bomb squad used a robot to dispose of the explosive in APD’s parking lot just off Tudor Road.

The scene was cleared by about 4 p.m.

The explosive did not belong to the man, but APD is not releasing information about how the man came into possession of it.

He did not make any threats and does not face any charges, according to Oistad.

If a potential explosive device is found, Oistad suggests people leave it where they found it and call police.