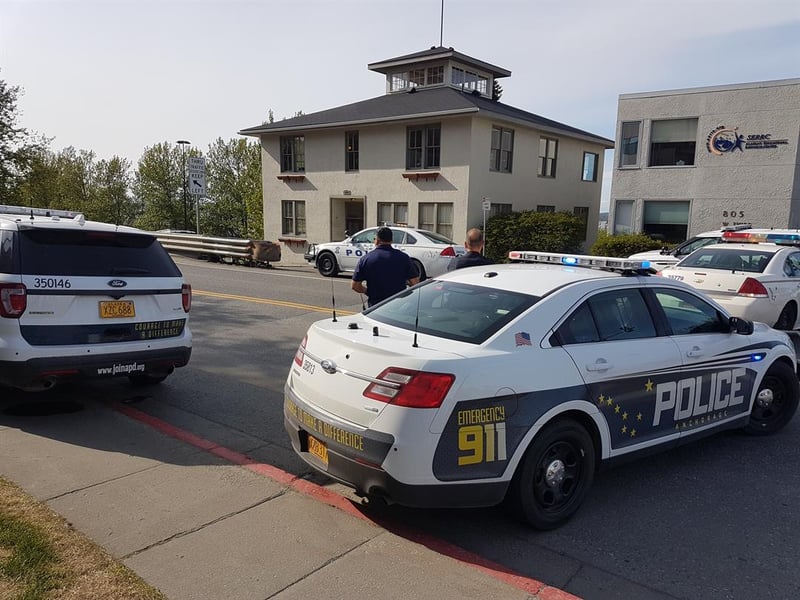 Police negotiated with and eventually arrested a man they say suffers from mental illness who barricaded himself inside a downtown Anchorage office building Tuesday evening.

Witnesses told the Anchorage Police Department that the unknown man walked into the building, located at 813 W. Third Avenue, with a sword at around 3 p.m. Tuesday. They also told police he exhibited “signs of mental disorder.”

“There is no one in danger at this time, and no one has been injured nor was anyone threatened with the sword,” police wrote in a release Tuesday afternoon.

The area the man entered is home to an attorney’s office, according to APD spokesperson Renee Oistad.

The man barricaded in a Downtown bldg for 6 hrs was arrested–I’m told he had a sword, some wine, & was chanting religious statements @ktva pic.twitter.com/4iGuE1jg3W

Police identified the man as 19-year-old Timothy Gormley. He was arrested for criminal trespass and taken into custody around 9 p.m. Tuesday without further incident.

No further details were immediately made available.