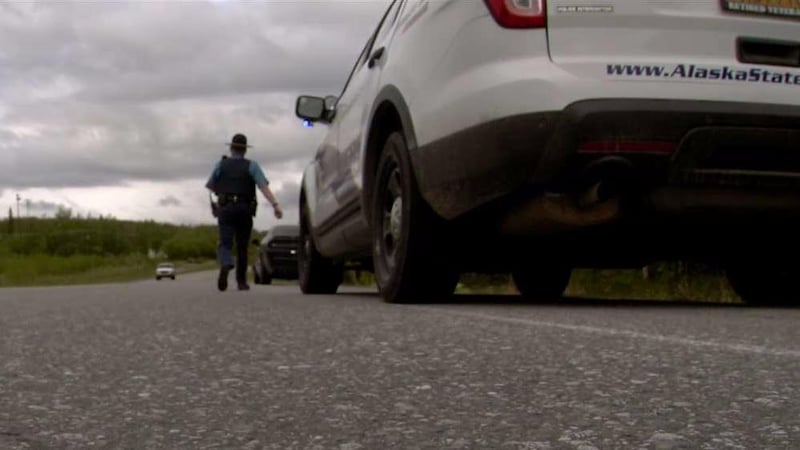 “Reason why I stopped you, it is 55 miles per hour through here, you were doing 67,” Burkett told a driver after pulling him over on the Knik-Goose Bay Road Monday.

He said traffic “has been behaving itself” over the long holiday weekend, but he did have some speeders, stop sign runners. He said he hasn’t seen very many aggressive drivers.

He patrols the stretch of road from Wasilla out to Mile 16, designated as one of the state’s Highway Safety Corridors, which is not necessarily a good thing.

“That’s been rated as one of the most dangerous in Alaska,” said Burkett.

This is one of the reasons why troopers are out in force with eyes on the road, and in the sky with their helicopter, as they look for traffic violators. He also said many people don’t understand the dangers when they get behind the wheel.

“Two cars opposing are going 110 miles per hour, there’s nothing protecting you, you hope that person is doing the right thing,” said the four-year veteran trooper.

He pointed out that his job is about more than writing tickets, Burkett also wants to educate drivers.

“I’ll probably give you a warning,” he told the driver we saw him stop.

He got a break. The next driver he pulls over may not be as lucky.