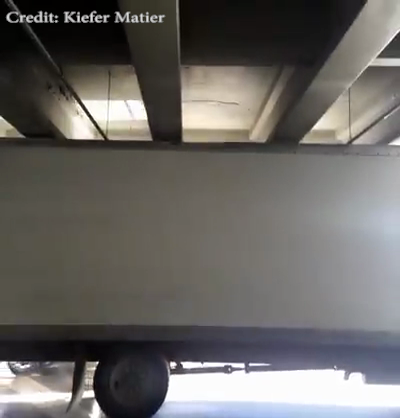 The truck went over a speed bump, hit the sprinklers and became stuck. The sprinklers were seen pouring out water.

The sprinklers have since been repaired.

It’s not yet clear how the truck was freed from its predicament, nor have authorities said if the driver was cited.