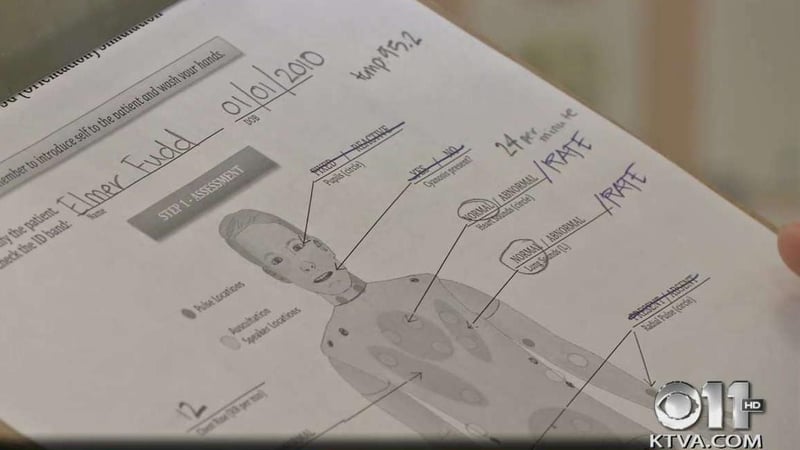 The University of Alaska Anchorage (UAA) is working to get more people in our state interested in the medical field.

About 15 students ages 16-19 are in Anchorage for hands-on training for UAA’s Recruitment and Retention of Alaska Natives into Nursing (RRANN) program.

“I really like the medical field,” said 16-year-old Kelly O’Brien from Bethel. “I like helping people and I’ve always been interested in it. It’s something that draws me.”

RRANN’s goal is to “foster and encourage Alaska Native youth interested in pursuing a nursing career.”

Instructors like Stephanie Sanderlin from Dillingham know it can be difficult for kids from a village to go away to a city for school.

“My first semester at school, I would have quit if my plane ticket was good to go home, but I was stuck until December, so, I had to figure it out,” Sanderlin said.

That’s why she became a student success facilitator to help them focus on their schoolwork.

“We describe ourselves at RRANN as your ‘aunties’ at school,” she said. “When you’re having a problem, you’re not sure who to talk to about we’ll fix it. If we can’t we’ll find someone who can”

Sanderlin’s mother was a nurse in Dillingham for almost 40 years. Sanderlin said being around the medical field showed her how important it is for not only Alaska Natives, but, also Alaskans in general to work where they grew up.

While O’Brien may only be 16, she’s already planning to become a nurse practitioner and return to western Alaska.