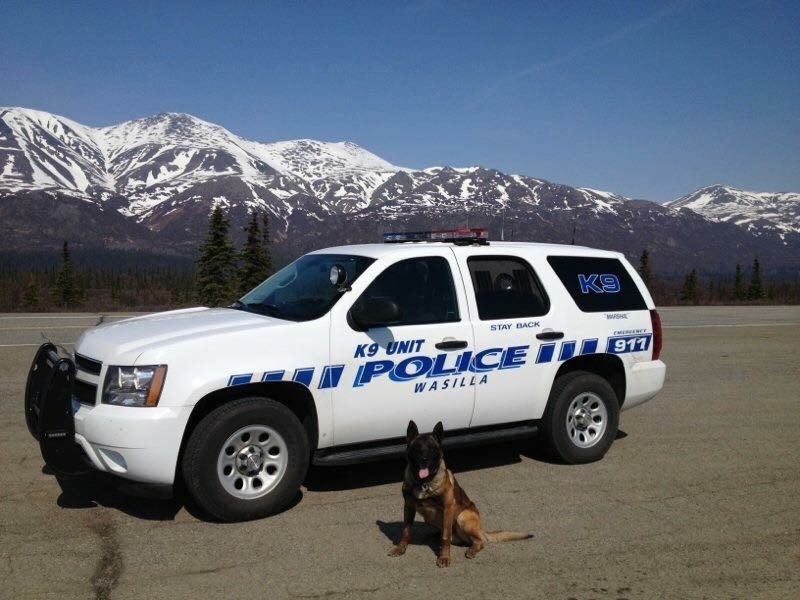 It’s been a difficult year for K-9 officers in the Mat-Su Valley.

Two Alaska State Trooper dogs were shot and killed in the line of duty and in April, and Wasilla Police suddenly lost its sole working dog to aggressive cancer.

The department says they don’t have the money to replace him, but, they also can’t afford not to.

By the time he was 8-years-old, K-9 Marshal had made a name for himself as a critical member of Wasilla’s police force.

Ridge and K9 Marshal spent nearly seven years as partners. Ridge says the police dog was deployed more than 600 times and helped apprehend at least 50 high profile criminals. But, in April, there was a change of pace when K9 Marshal’s fate was diagnosed.

“It was found to be inoperable and so advanced and hurting– at that time that we made the decision to put him out of his misery and end his suffering right away,” Sgt. Ridge said.

Since then the police force has suffered. A K-9 unit has the ability to sniff out illegal drugs and find people when officers can’t.

Replacing Marshal is something WPD says it can’t tackle alone.

This week, Wasilla Police Chief Gene Belden put out a letter, asking for the public’s help financially in order to keep the department’s K-9 unit going.

He wrote, “at a time in which the loss was unexpected, so is the expense of replacement.”

“The public reached out to us in expressing their desire and their heartfelt concerns for wanting the K-9 program and showing that they truly wanted it,” Ridge said. “I think by seeking the funds like this it allows the public to have that ownership of this program.”

Any additional funds collected beyond the costs will be used for ongoing expensive such as care of the dog, training and certifications.