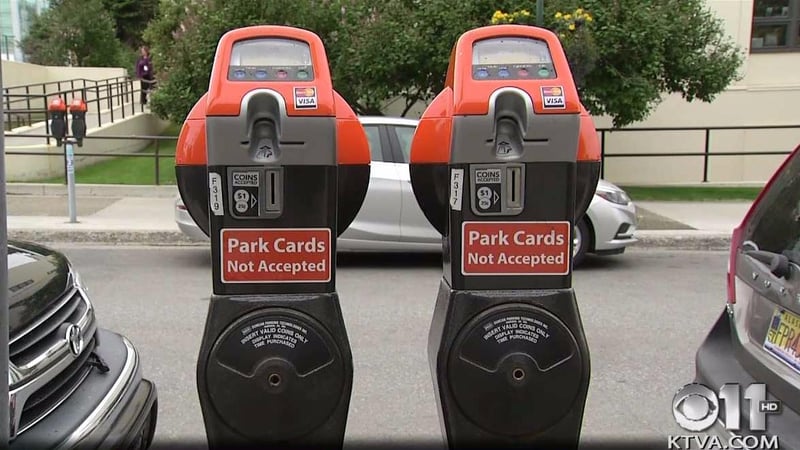 A plan to charge people for metered parking on Saturday in downtown Anchorage is no longer on the table, according to EasyPark Director Brian Borguno. But, Borguno said people who stay too long at a free meter could risk a $20 ticket.

Starting July 1, EasyPark will begin enforcing two-hour limits on downtown meters on Saturday. Borguno said it’ s an effort to discourage people from staying in the downtown spots all day. Borguno said a study done last summer showed turnover rates on weekends were much lower, compared to weekdays when people had to pay.

“We found that 50 percent of the time the spaces didn’t turn over, so the same vehicle parked in a space stayed there the duration of the day,” said Borguno. “The majority of the turnover that occurred was only about three times on average on any individual meter as opposed to the weekdays where we see seven times the turnover.”

The plan to begin charging on Saturdays was unpopular with many downtown merchants who feared paying to park on the street would drive customers away. Some, like Deborah Seaton of Side Street Espresso, said they still had concerns about the new policy.

“I have many customers who only come downtown on Saturday, and they come because they can park fairly close to where they want to go and then they spend the afternoon. So, having a two-hour enforcement to me is almost like having to pay the meter.”

Seaton said she also had concerns about people who work downtown who use the free meters to park on Saturday.

But, Borguno said the goal is to have more turnover which could result in more customers coming downtown if they know they can find parking on the street.

He said enforcement will be Saturdays only, not Sunday, and will run for three months. After that, he said they’ll be looking at data collected during that time to see if spaces opened up and whether that was a benefit to downtown businesses.