"That could be an absolutely huge eruption, kill thousands -- if not tens of thousands -- of Chinese and North Koreans. We don't know if a bigger nuclear explosion will set it off, but it is certainly possible," Bennett told CNN. "The Chinese for years have been worried that he's (Kim Jong Un) going to cause a volcano to erupt."

About 1.6 million people live within 100 kilometers (62 miles) of the volcano, according to the Smithsonian's Global Volcanism Program, and it's only about 115 to 130 kilometers (70 to 80 miles) away as the crow flies from Punggye-ri, North Korea's nuclear test site.

The mountain holds an important place in ancient Korean history, believed to be the birthplace of Dangun, the founder of the first Korean kingdom.

But not much is known about the volcano from a scientific perspective. Access has been difficult due to North Korea's isolation from the rest of the world, but seismic activity from 2002 to 2005 (most likely caused by magma rising in the system) prompted efforts to study the volcano. 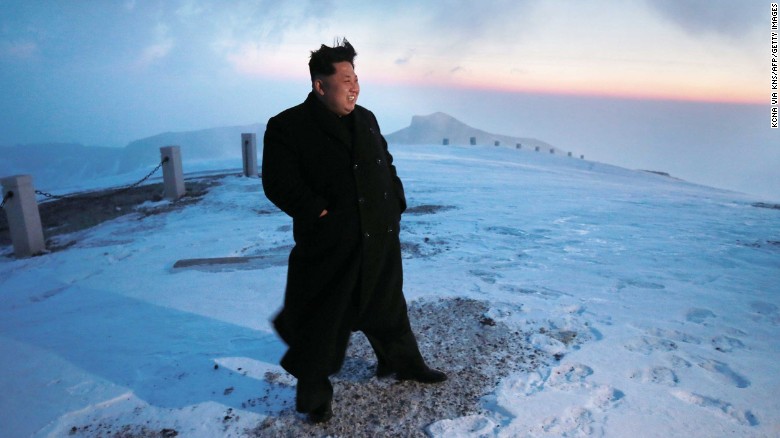 "We know relatively little about the magma plumbing system under Paektu," said Dr. Amy Donovan, a lecturer in Geography and Environmental Hazards at King's College London. "We also know very little about the size, condition or depth of the magma chambers at Mt. Paektu, which means that we can't model it."

Donovan told CNN in an email that it's unlikely a nuclear test at the same power as North Korea's most recent one, believed to be 10 kilotons, would cause an eruption. Bennett says it would have to be more like 50 to 100 kilotons to potentially do serious damage.

Donovan is part of a team of international scientists, including North Koreans, that have been studying Paektu since the seismic swarm in the 2000s.

Another member of the team, Dr. Kayla Iacovino, a volcanologist at Arizona State University, says a nuclear bomb setting off a volcano is plausible in a general sense, but the science is still in its early stages.

"Volcanology is a really young science. And this volcano is really special because it's more difficult to access and study," Iacovino said. "Honestly, we just don't know much about why volcanoes erupt to say whether it's plausible."

Paektu is active but not extremely so, according to Iacovino.

The volcano last erupted in 1903, according to the Global Volcanism Program, but its 946 AD eruption -- referred to as the "Millennium eruption" -- is believed to be one of the largest ever on historical record. 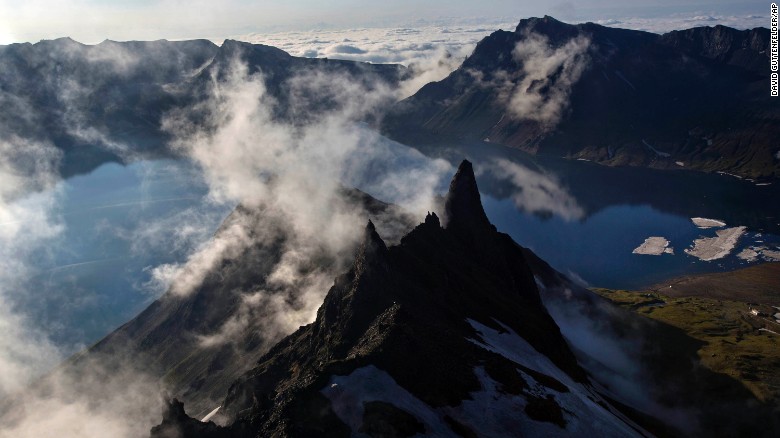 Clouds float over the peak of Mt. Paektu in North Korea's Ryanggang province in June 2014.

"It's just a completely magnificent site," Iacovino said. "You're walking in this landscape that was created by this huge eruption."

The mountain's mythology and beauty have been co-opted by the Kim family to promote their cults of personality. 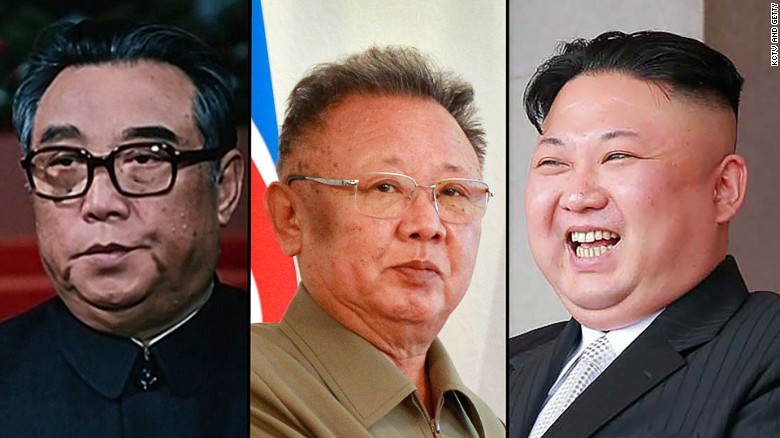 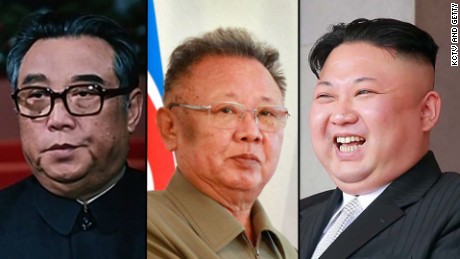 How the Kim dynasty has shaped North Korea 01:25

Kim Il Sung purportedly used the mountain as a hideout when fighting the Japanese occupation. State media often refers to the eldest Kim in reference to the mountain, using aggrandizing titles like the "legendary hero of Paektu" or "the great brilliant commander of Paektu."

North Korea claims Kim Jong Il, who oversaw the country's first nuclear test, was born there, but many historians and scholars believe the story was fabricated for propaganda purposes.

The nuclear program's progress has increased rapidly under current leader Kim Jong Un. To confront the threat, US President Donald Trump's administration says it will abandon the Obama-era tactic of strategic patience and has declared "all options are on the table."

Trump has also deployed warships and top surrogates -- including Vice President Mike Pence, Secretary of State Rex Tillerson and Secretary of Defense James Mattis -- to the region in a show of force aimed at deterring North Korea and reassuring allies of the US commitment to the Asia-Pacific region.

But some analysts worry the White House has been sending mixed messages on North Korea and has not communicated its strategy very well, fueling confusion and tension.