FRANKLYWNOW - 2 wanted by police after deliveryman attacked in the Bronx

2 wanted by police after deliveryman attacked in the Bronx 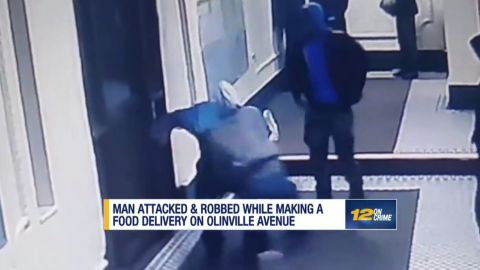 Two people are wanted by police accused of violently beating and robbing a food deliveryman in the Bronx.

The incident, which happened on Feb. 2, inside the lobby of 2802 Olinville Ave. around 11 p.m. was captured on surveillance video.

Police say the 21-year-old delivery worker can been seen entering the lobby of the building where he was attacked by a man and a woman.

The duo can be seen kicking and punching the deliveryman before going through his pockets and stealing his iPhone and cash.

Other people can also be seen in the video as they appear to watch the attack unfold.

Police say the deliveryman only suffered minor injuries. The building's superintendent says he does not believe the two suspects live in the building and appeared to be troubled by the incident.

Police are looking for a thin man last seen wearing a black jacket, blue dress shirt and camouflage pants. A woman who was seen wearing a gray hooded sweatshirt and blue pants is also wanted by police.