FRANKLYWNOW - Robbery pattern suspect wanted by police in the Bronx

Robbery pattern suspect wanted by police in the Bronx 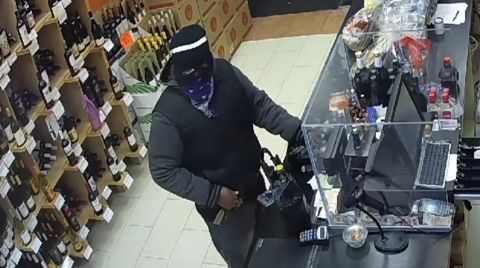 Police are looking for a man accused of multiple armed robberies in the Bronx.

He is accused of robbing a restaurant on East 222nd Street back on Dec. 4, where police say he ordered employees into the store's walk-in freezer before stealing $350 from the register and robbing the workers of $80 at gunpoint.

The suspect also struck a Bronx deli on Dec. 1, stealing more than $900 from the register and 200 lottery tickets.

Police say the man was originally caught on surveillance video on Nov. 26, robbing the DeStem Wines liquor store on Allerton Avenue in the Bronx, and he is accused of robbing at least six other pharmacies, bodegas and liquor stores in the area.

In each case, police say the man used a gun to threaten employees and demand money and items from the stores.