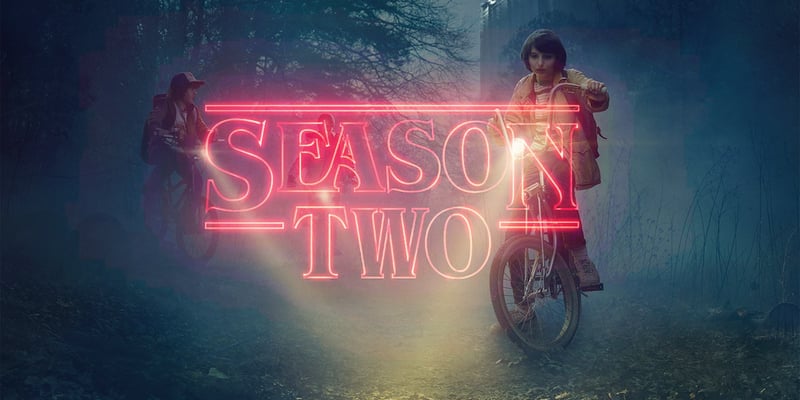 Fans went wild for the first photo, and began wondering if the references meant the Upside Down was something to do with ghosts.

The show’s stars Gaten Matarazzo, Caleb McLaughlin and Finn Wolfhard are back on their trademark bikes and ready to solve more sci fi mysteries ad they film the hit Netflix series.

The trio, who play Dustin, Lucas and Mike, were spotted pedalling away along a darkly-lit street in Atlanta. 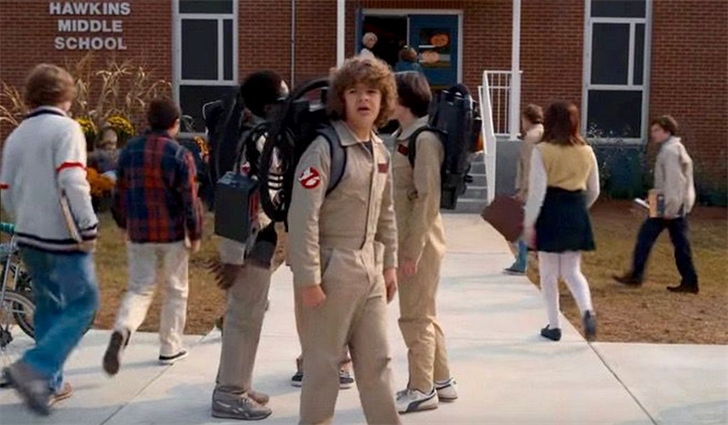