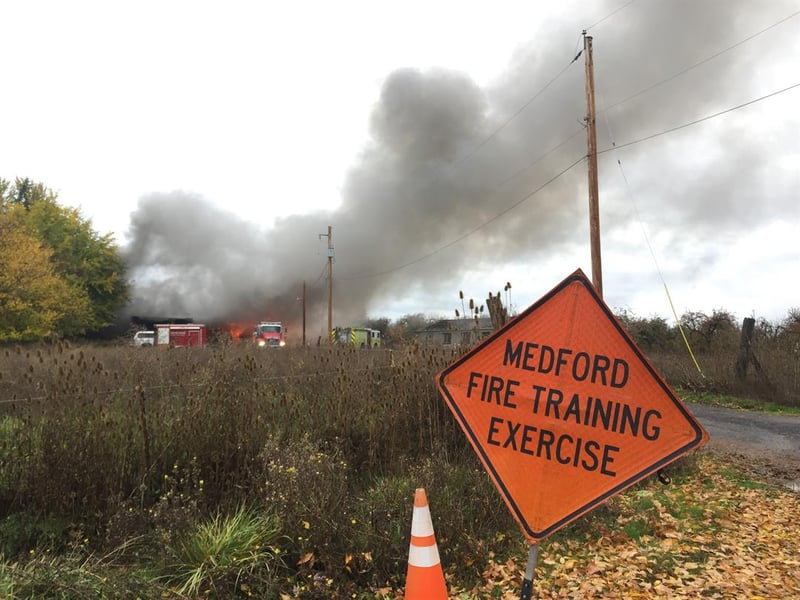 MEDFORD, Ore. -- A Medford Fire and Rescue building, that was used for training, is now gone.

On Saturday, crews burned the building down. The home is on a piece of land that has plans to be developed. The developers donated the home to Medford Fire to use for training purposes before the construction began.

Medford Fire said the crews have been training in the house for weeks. Today's training on the house was more experiment based.

The planned burn made a large black plume of smoke visible from miles away. The building was on Hondeleau Lane, near Crater Lake Highway.

This was not a burn to learn event, but crews say they are planning more training exercises for the end of November and early December.