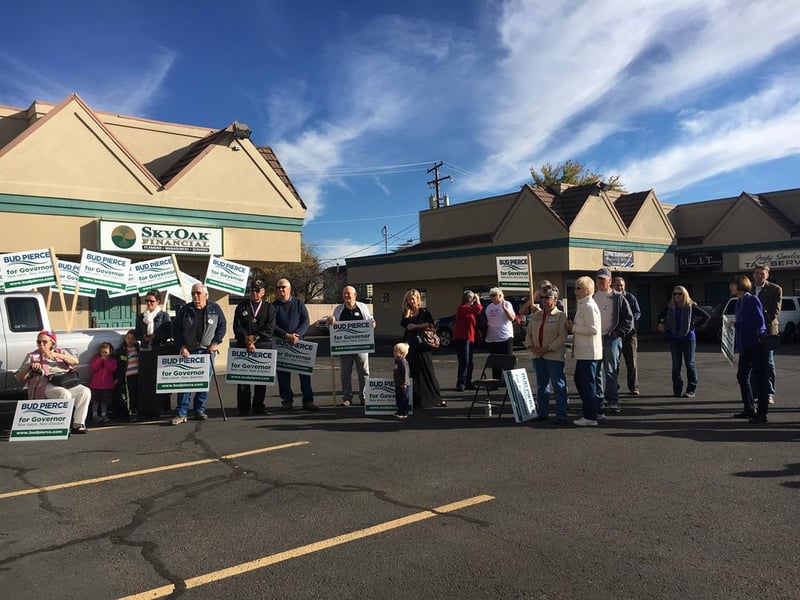 KLAMATH FALLS, Ore. -- Governor candidate Bud Pierce made three stops on his meet and greet tour across the state on Wednesday.

Pierce met voters in Pendleton, Burns and Klamath Falls. He met with about 90 voters at all three events.

“This is what’s all about. I am a citizen running for office. When you look out here.. this is me," said Pierce.

The candidate said he plans on addressing numerous issues if he is elected as governor.

“I see increasing homelessness, and what you hear from our leadership is nothing can be done. I don’t accept that," said Pierce.

With less than a week left until the general election, Pierce is encouraging voters to get their ballots in no matter who you vote for.

"After the election is over work together to create a great Oregon no matter who is in leadership," said Pierce.