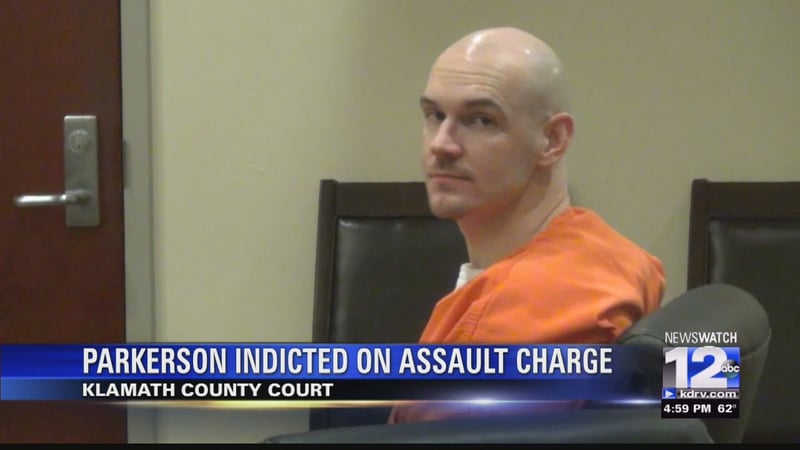 KLAMATH FALLS, Ore. -- The man who shot a Klamath County Sheriff Deputy is facing another charge.

William Jack Parkerson was back in court for an assault charge. According to court documents, the crime happened a few weeks before the shooting in August 2014.

Police said they were interviewing someone Parkerson knew to get more information about the shooting. The investigator found out that he has been assaulted by Parkerson a few weeks prior.

The victim had a large cut on his face. He told investigators that Parkerson used a sharp object to cut him.

Parkerson was previously sentenced to the maximum 30 years in prison with a mandatory 20 year sentence. He was convicted of aggravated assault and aggravated attempted murder.

His trial for the assault case will be on Dec. 8th.