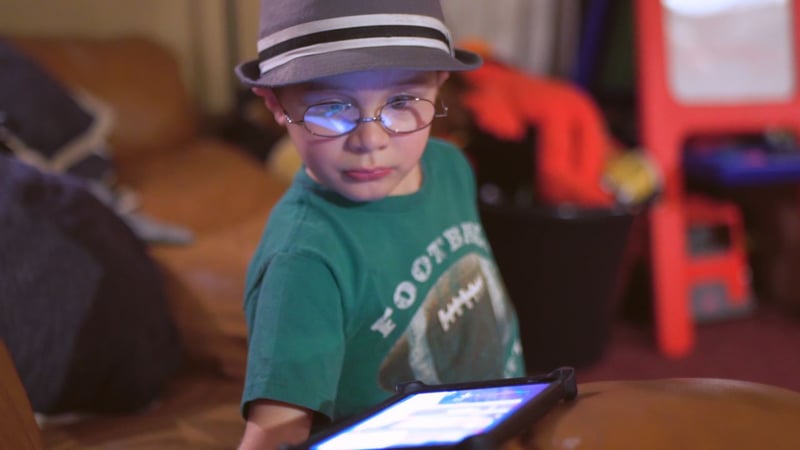 BUTTE FALLS, Ore. -- Two communities will play an alumni football game benefiting a local 7-year-old boy.
Carter Anderson has Pantothenate kinase-associated neurodegeneration, known as PKAN, which causes the brain and neuromuscular system to disconnect.
“It’s very rare and he’s the only one in the state of Oregon with it right now," Carter's mom Courtney said. "Chances are one in a million to get it and he was the lucky one to get it.”
Carter was born healthy but by the time he began to crawl, he started showing signs of Cerebral Palsy and doctors diagnosed him with that disorder.
“Within this last year he started getting kind of slower and losing his function of walking, moving his arms, he could never talk really well but even lost some of that,"Courtney said. "We knew something was wrong because usually cerebral palsy doesn’t get worse.”
In late June of 2015, Carter was diagnosed with PKAN.
“There’s good days and bad but we do our best to make sure every day is his best day," Carter's father Blair said.
Carter enjoys spending time with his best buddy Spongebob, eating meatloaf and swimming.
He attends Butte Falls Charter School and is in the second grade.

Butte Falls and Prospect will play the first alumni football game between the two communities on November 12 at 1 p.m.
Money raised will help benefit Carter and PKAN research. for more information: CLICK HERE.