FRANKLYWNOW - Weighing In On Measure 97

Weighing In On Measure 97 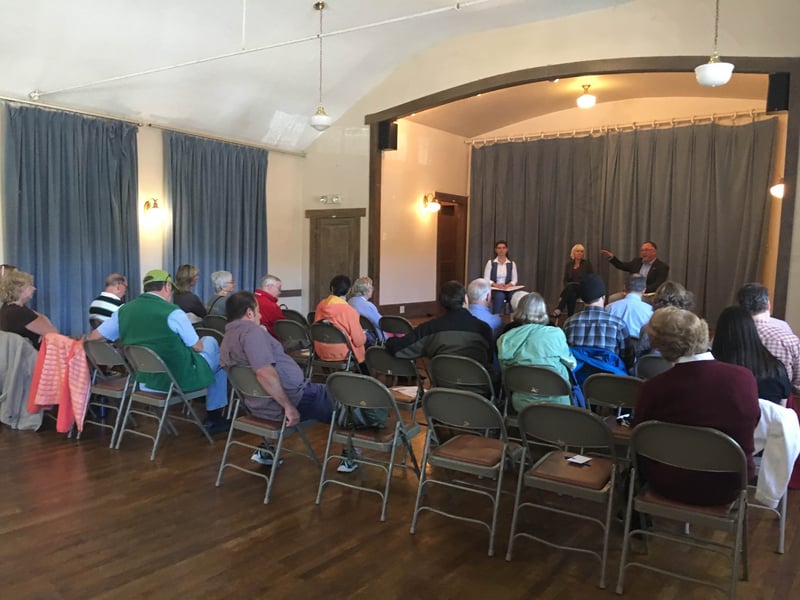 ASHLAND, Ore. -- Small businesses and voters came out to the Ashland Community Center to hear both sides on Measure 97.

Ashland Chamber of Commerce worked to host the event to help answer any questions voters might have before making a decision this November.

If approved, Measure 97 would increase a tax for C-corporations by 2.5% on corporate gross sales exceeding $25 million. Between January 2017 and June 30, 2017, the state revenue would generate an estimated $548 million. After that, it's estimated it will generate around $3 billion a year.

Supporters of the bill say the money will go towards education, health care and senior services.

"The legislature has been trying to now for over 20 years to fund education, health care, senior citizen services which are called for. So what this measure does is give resources to actually do for the last 20 years," said District 5 State Representative Peter Buckley.

"There's got to be another way and we don't contest that education might need more funding. However, this is not the way to go about it. We urge voters to look deeper behind the facts behind it," said Alison Hart, Executive Director of Chamber of Commerce.

According to Hart, the tax will affect small businesses and consumers. "It's a tax on a tax on a tax, " said Hart. She believes it the increased tax will trickle down and wil cause consumers to pay higher costs in electricity, gasolne, natural gas, cars, housing and medicine.