Play this coding game. Score a job in Silicon Valley 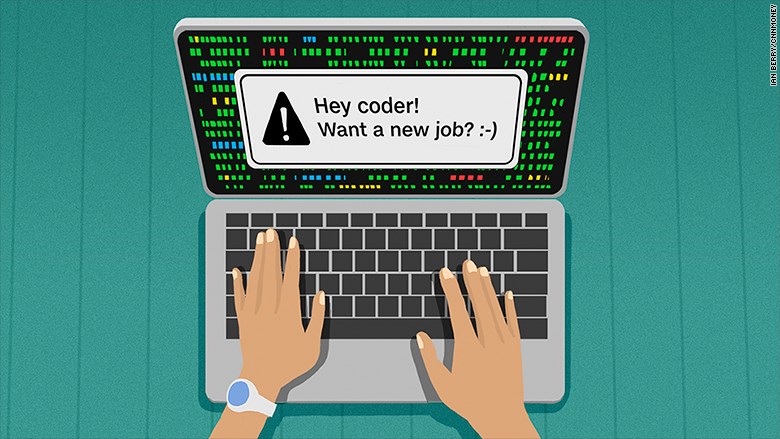 It took less than three months for an online coding game to transform James Johnston's life.

Johnston, 31, was designing software for orthodontists and living in Chattanooga, Tennessee, when he landed a better-paid software engineering job in Silicon Valley at a major tech startup.

The key to this career upgrade and cross-country move? CodeFights, an online game that offers programmers the chance to improve their skills and get noticed by Silicon Valley titans like Uberand Dropbox.

Johnston told CNNMoney he discovered the game through a Facebook ad in June.

"I was kind of intrigued and thought it was a fun little activity," he said.

After two nights of playing coding challenges, Johnston got a pop-up message on his screen asking if he was interested in new job opportunities. This was followed by a call with CodeFights founder and CEO, Tigran Sloyan, to discuss potential jobs.

A flurry of interviews with about half a dozen companies followed, leading him to a new role at a firm called Thumbtack, a startup that's valued at more than $1 billion. He started in September, and got a stake in the business too.

"It was very quick progression," he said. "I didn't really know anyone in the Bay Area to network with. And there's a lot more opportunity out here ... [CodeFights was] able to help me with that because I didn't need to network to get a job." 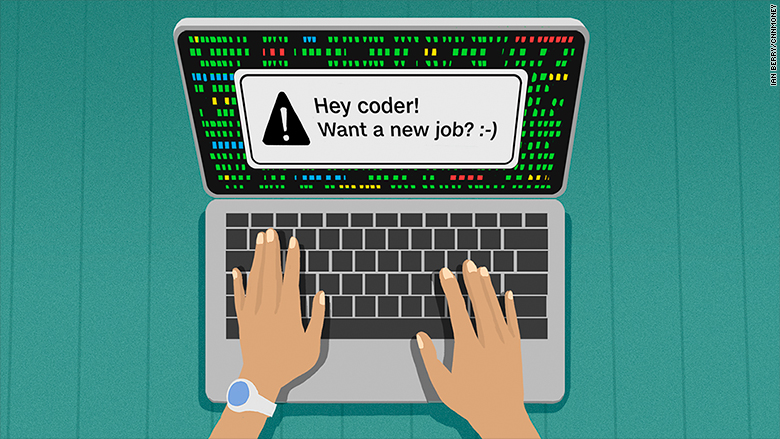 CodeFights has more than 500,000 registered users. Roughly one-third are based in the U.S.

San Francisco-based CodeFights has amassed 500,000 registered users since launching in 2014. Players use the free platform to compete in different coding challenges. The best of the best are cherry-picked for job opportunities and can be introduced to as many as 20 prospective employers. Dozens of players scored jobs in the last month alone, according to the company.

Sloyan told CNNMoney that about 20% of people who are connected with companies secure a new job.

"You've already proven that you're awesome. Afterward, it's just about getting introduced to companies," the CEO said, noting that 200 firms now use his platform to find new recruits.

"Their return on investment is a lot better with CodeFights since these people are already vetted for their technical skills," he said.

Investors are also hoping for a good return on investment. The company announced Thursday it's raised a further $10 million to finance its expansion.

The former head of corporate strategy at Microsoft (MSFT, Tech30), Charlie Songhurst, is also joining the company's board of directors.

CodeFights charges companies a fee that's equivalent to 15% of the annual salary of a new employee hired through the platform. So if an employee negotiates a salary worth $100,000 per year, CodeFights collects a $15,000 fee from the firm.

This is considered pricey, but that's the cost companies are willing to pay for top tech talent in a tight market.

Kelly Grossart, the leading recruitment manager at Evernote, has been using the CodeFights platform since August and has already hired two new recruits.

"That's crazy," Grossart told CNNMoney. "Only interviewing 15 people and getting two hires out of it... is a really high number."

Grossart also noted that the platform allows her to reach candidates from cities outside the Silicon Valley bubble.

"[CodeFights is] really getting a widespread group of talent from across the country that we just would not be getting otherwise," she said.

"Recruiting is very very very broken. The way recruiting is done in 98% of cases, people look at your pedigree.... to even give you a chance for an interview," he said. "But in reality those are just proxies for skill."

Case in point: the company recently helped a transgender woman from Des Moines, Iowa, secure a job in Boston. And it set up a multilingual worker in Egypt with a new job at a tech startup in Mexico.

Sloyan said it's difficult to facilitate cross-border hiring because of restrictive visa systems. But sometimes things fall into place.