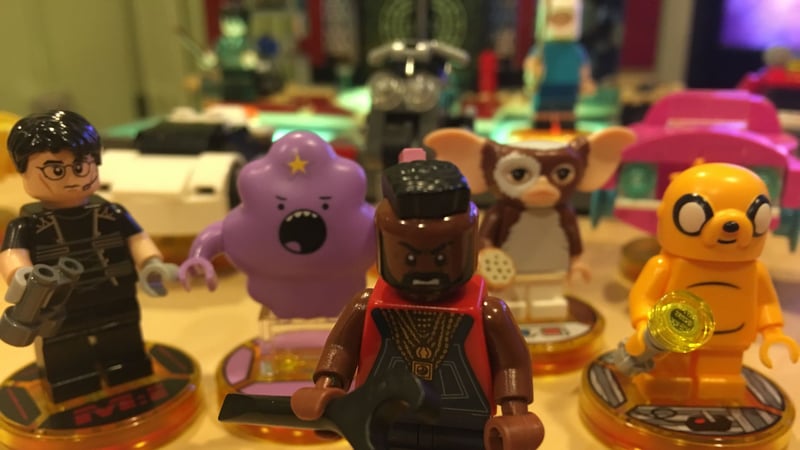 Look, just give me a Iron Fist minifig

A cornucopia of wonderful stories, beloved characters, inspired creations, all linger in some postgame purgatory, now free of the toys-to-life mantle that once imbibed them with delightful animation, but not yet able to move on.

Disney Infinity remains dead, a victim of The Walt Disney Company's bottom line, but the characters that packed it with so much joy somehow seem still trapped in the game's skeletal hands.

While the toys-to-life genre lives on in Activision's immensely successful Skylanders games and the relatively recently launched Lego Dimensions, only the latter seems capable or interested in picking up where Disney Infinity left off.

So among my first questions to Warner Bros. Interactive Entertainment during a recent visit to New York City was when, not if, we will see those properties come back to life, jumping from the now-defunct Disney Infinity to the blossoming Lego Dimensions.

The short answer is: Warner Bros. thinks it's a great idea, too, and is working on it — working on it as the company continues to expand on what exactly Lego Dimensions is and how new characters will be rolled into it.

As promised, Lego Dimensions isn't the sort of game that gets sequels. Warner Bros. has always wanted to treat it as a platform that grows through a variety of new packs, each filled with toys and a collection of different sorts of game content.

So when Warner Bros. and TT Games talk about Lego Dimensions, it’s through the language of "seasons," not sequels. Season One rolled out last year when the game was launched; it brought with it a calendar of planned toy and game expansion packs that rolled out through May 2016. Season Two kicks off in September and runs through August 2017. 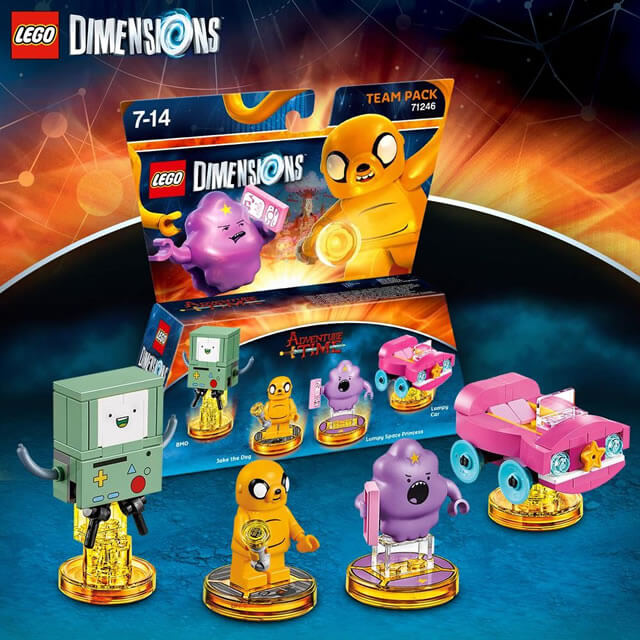 One of my complaints about the game was how it seemed to muddy the waters with all the different ways to buy new content. Instead of trying to reduce the different methods available for the game moving forward, Warner Bros. actually added a new sort.

Players have to either buy or own the starter pack, which includes the game, the gateway and some minifigures. In Season One, players could then get new content in three different ways.

Fun packs include one minifigure and a vehicle or gadget. If it's your first minifig for a dimension — say, the Wicked Witch — that figure will also unlock the dimension for exploration.

Team packs include a pair of minifigs and a vehicle or gadget. As with the fun packs, these minifigs can be used to unlock dimensions.

Level packs include a minifig, a vehicle and a gadget. They also include a mission-based game level. These also grant you that extra mission-focused level to play, and in addition, unlock the dimension for open-world play.

To that mix, the second season now adds something called story packs. A story pack includes a Lego vehicle, minifig and new design for the gateway. More importantly, it delivers a mini-campaign of its own, and unlocks a new key ability for the portal itself, which already had five if you beat the original campaign.

The first story pack will deliver the full story of the new Ghostbusters movie over six levels of gameplay. The pack will feature all four ghostbusters from the movie, each with unique abilities and gadgets. All of the voice acting in the pack is pulled directly from the movie.

The new ability delivered to the gateway allows the characters to travel between parallel dimensions.

So far, the makers of Lego Dimensions have announced three story packs: one each for the films Ghostbusters, Fantastic Beasts and Where to Find Them and The Lego Batman Movie.

Of course, there's a slew of other content coming during Season Two by way of fun, team and level packs. That includes bringing a ton of new properties into the game, such as Mission: Impossible, Harry Potter, The A-Team, Adventure Time, E.T. and Sonic the Hedgehog.

As with the first season, each of these properties will have its own free-roaming adventure world.

Battle Arenas, which can only be unlocked with Season Two content, drop players into a four-player Adventure World where they compete against one another in different objective-based modes.

The arena I tried took place in Pillow World from Adventure Time, and played like a match of capture the flag. It felt a little light, mostly because it meant teams of one trying to capture a flag or protect their own. But it was an early build, and it did bring in a new way to play to the game.

ALL OF THOSE WONDERFUL TOYS

Where Skylanders creators offered platitudes about the death of Disney Infinity, Warner Bros. was more direct about what it means for Lego Dimensions.

"We are excited about the opportunity," Doug Heder, producer at Warner Bros. Interactive Entertainment, said. "Their leaving the toys-to-life space seems like a good thing in terms of creating more space for us."

While Heder was clear to point out that Warner Bros. hasn't announced anything in terms of the many properties found inside Disney Infinity and Disney itself, he also made sure to note Warner Bros. and Lego's long, solid history with the company.

"We are partners with Disney through our many stand-alone games, like Lego Marvel," he said. "With any opportunity for Lego Dimensions, the first and foremost thing we explore is, can the brand play and mash up with all of these other brands?"
disney infinity
Heder also said that he doesn't think one could make an apples-to-apples comparison between Disney Infinity and Lego Dimensions.

"What we hang our hat on, the pillar that still stands out as unique within this category, is that we have a very story-rich game. We don't just pay homage to these brands; we tell new stories and old stories. 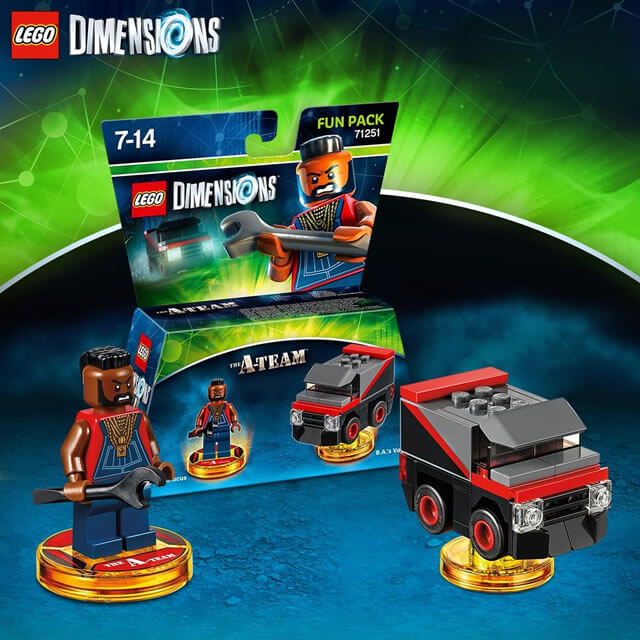 "The original [Lego Dimensions] campaign was a really big chunk of content that in and of itself mashed up all of its brands together."

Lego Dimensions is the most playful of the toys-to-life games as well, the only game in the genre that asks its players to do more than place a figure on a pad and forget about it.

"It's more than putting an item on the pad and having it come to life in game, and then having it around physically," Heder said. "You take apart, rebuild, upgrade our toys, and that changes the experience."

With all of its properties and all of the ways it can present those characters and stories to players, Warner Bros. is trying to be more careful with how it decides what to do with a property when it know it's getting Lego-ized.

That wasn't always the case last year. Consider the original Ghostbusters level pack, which added some gameplay but wasn't very robust for what it was tapping into. 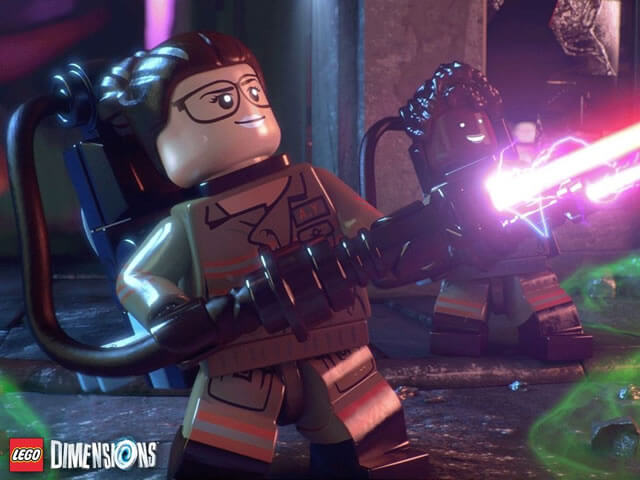 "We so desperately wanted to get Ghostbusters into the Lego Dimensions assortment of brands, and at the time that was the biggest offering we had," Heder said.

The new story pack solves some of that problem.

"We're learning as we go, too," he said. "Looking back, would it have made sense to do a Ghostbusters stand-alone game? But now [with the new Ghostbusters movie] we did the level pack, which made sense for us so we could focus on just the new film."

While in theory Warner Bros. could release a full stand-alone game for a property and also a story pack for Lego Dimensions, the company needs to be careful. 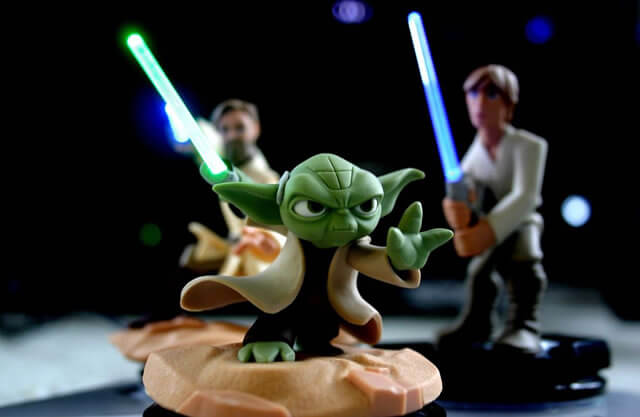 "If you get the story pack for the new Ghostbusters experience, we want to make sure it's fun, entertaining and a good value for what you're spending. We don't want to then turn around and compete against that with a game."

Last year's Lego Jurassic World game is a prime example of that.

Lego Dimensions received a Jurassic World team pack, which added an Adventure World but no story. Meanwhile, the same developer released a full stand-alone game, which retold not just the story of the new movie, but all of the Jurassic Park movies.

"I don't think there is [an easy answer] for how to handle this," Heder said. "Jurassic World was a big new movie release, but it also had years of movies behind it. It was a big opportunity to go deep and offer all four of those in one game. That's sort of the model we introduced in the first Star Wars Lego game.

"Look at the scope of what a Lego stand-alone is. There needs to be enough content to merit the stand-alone game. With a single new movie coming out, it makes a lot of sense to do the story pack." 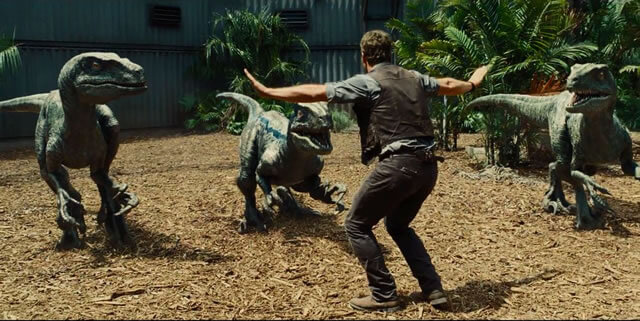 With the exception of the Ghostbusters story pack, which sounds like it was slightly derailed by the timing of last year's game launch, all of the announced story packs for Lego Dimensions are tied to single movies.

And Heder says Warner Bros. is looking at other movies for possible future inclusion.

Season Two of Lego Dimensions brings with it a slew of new properties, loads of wonderful toys, at least three mini-campaigns and even a new competitive mode. But what it won't deliver, at least not yet, is a continuation of the original game's brand-mashing story.

But don't worry — it sounds like Lego and Warner Bros. are far from finished with Lord Vortech and his quest to take over the multiverse.

"We are invested in that character, that space, and we want to see more happen with it," Heder said. "There is no new stand-alone campaign experience, but what you will see are threads that will start to make it apparent that there is a connection among the disparate story packs."

Mindful gamers might spot elements in the Ghostbusters story pack, for instance, that links to the larger meta story, he said.

Aside from expanding the main campaign, Warner Bros. says it set out to grow Lego Dimensions in every way this season. 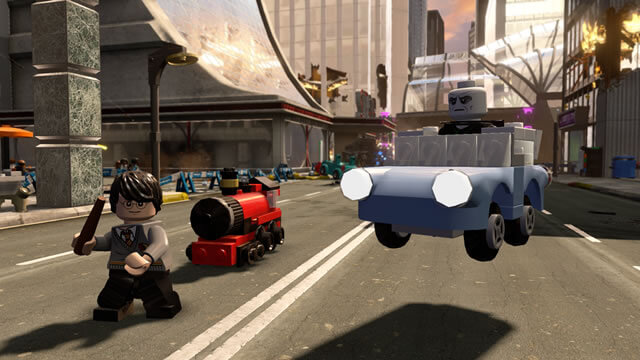 "We haven't announced all of Season Two content," Heder said. "We're not just coming in and doing the bare minimum. We have even more Season Two content than in Season One. There are 16-plus new brands for Season Two, which will put us at 30-plus brands in total.

"And with Lego, the sky’s the limit."