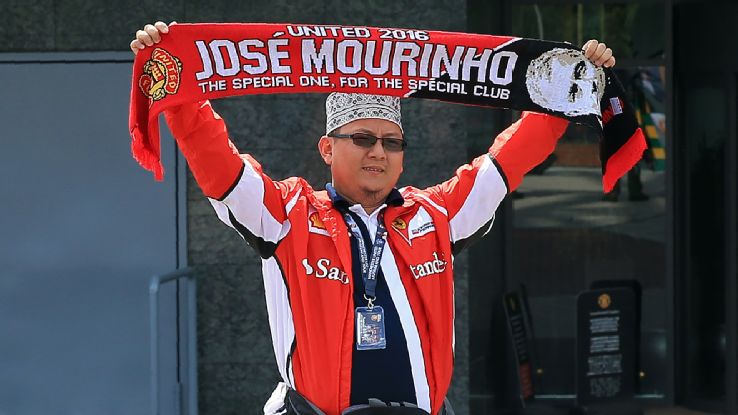 John Terry has backed his former boss Jose Mourinho to be a success at Manchester United this season.

The former Chelsea manager was appointed this week as the successor to Louis van Gaal at Old Trafford.

Long-serving Chelsea captain Terry knows the Portuguese well and expects him to make a big impact.

"It's fantastic news for Man United,'' Terry told Sky Sports News. "I'm sure the Man United fans and players will be delighted with that.

"I've said many times before, he's the best manager I've worked under and a real delight. It's a shame the way he finished at Chelsea this year but I wish him well because he's a great manager and a great man as well, he'll be great for Manchester United I'm sure.

"I'm sure he'll settle in well with the likes of Ryan Giggs, hopefully he'll stay and support him along with the team.

"I've come up against Jose for previous teams before, he'll get a great reception when he comes back to [Stamford] Bridge, for sure, but first and foremost we have to really look at ourselves this year and start fighting for the title again.''

Terry said: "I think it's great for English football, not only what Leicester achieved last year with Claudio Ranieri coming in, Jose and Pep Guardiola up in Manchester, Conte coming to Chelsea as well, there's a real fight amongst the managers.

"I think it's going to be interesting, not only for football in general but also for the Premier League.''