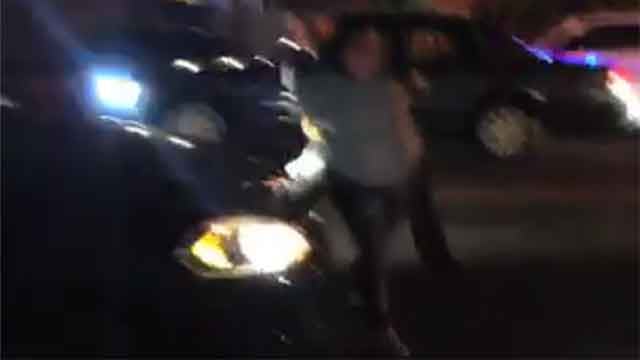 © FoxNY - Slammed by Cops
The NYPD Internal Affairs Bureau is investigating an incident caught on cell phone video of police apparently slamming a pregnant woman to the ground in Sunset Park, Brooklyn. In the video which has gone viral, the woman is cuffed and thrown to the ground at 5th Ave. and 41st St. The woman, identified by the NY Daily News as Sandra Amezquitta, 43, is five months pregnant. She was trying to intervene in her son's arrest when she was thrown.