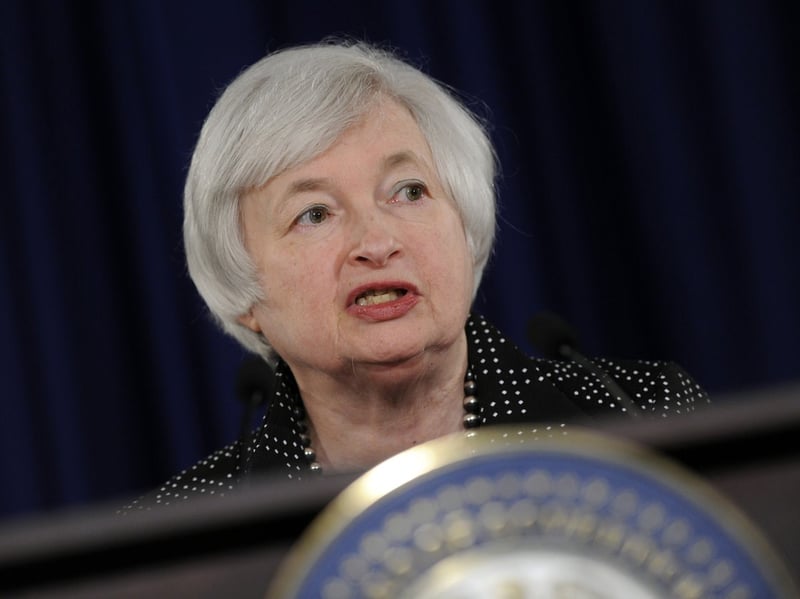 The Federal Reserve said today it will further curtail its bond purchases due to an improving U.S. job market, but offered no hint on when it might start raising short-term interest rates.

A statement from the Federal Reserve Open Market Committee said:

"[The] Committee today reaffirmed its view that a highly accommodative stance of monetary policy remains appropriate. In determining how long to maintain the current 0 to 1/4 percent target range for the federal funds rate, the Committee will assess progress—both realized and expected—toward its objectives of maximum employment and 2 percent inflation," it said.

"The Fed expects growth to be just 2.1 percent to 2.3 percent this year, down from 2.8 percent to 3 percent in its last projections in March. It thinks inflation will be a slight 1.5 percent to 1.7 percent by year's end, near its earlier estimate."