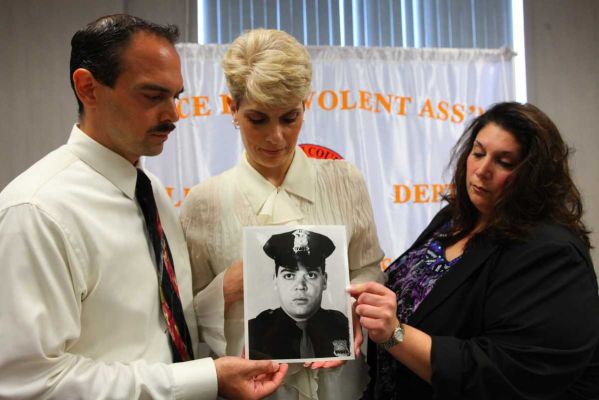 A parole hearing for the man convicted of killing Nassau County Officer Matthew Giglio in 1975 was postponed this week at the man's request, state officials said.

The hearing for John MacKenzie was put off for up to 6 months at his request, the Department of Corrections and Community Supervision said Monday. The agency said the inmate cited "pending litigation" as the reason.

MacKenzie was 29 years old in 1975 when he shot and fatally wounded Giglio, 35. MacKenzie, formerly of Whitestone, Queens, has been seeking parole since 2000, when he served the minimum 25 years required by his life sentence.

When the Parole Board last denied MacKenzie's request for release in 2012, it said in a brief decision that he had killed a police officer and had a "larcenous" history, and cited "significant community opposition.""