How confident were the  Los Angeles Lakers that they'd stave off elimination at the hands of the  San Antonio Spurs in Game 4 on Sunday night? Check out the pump-up favor they handed out to fans who came out to the Staples Center to root on the home team: 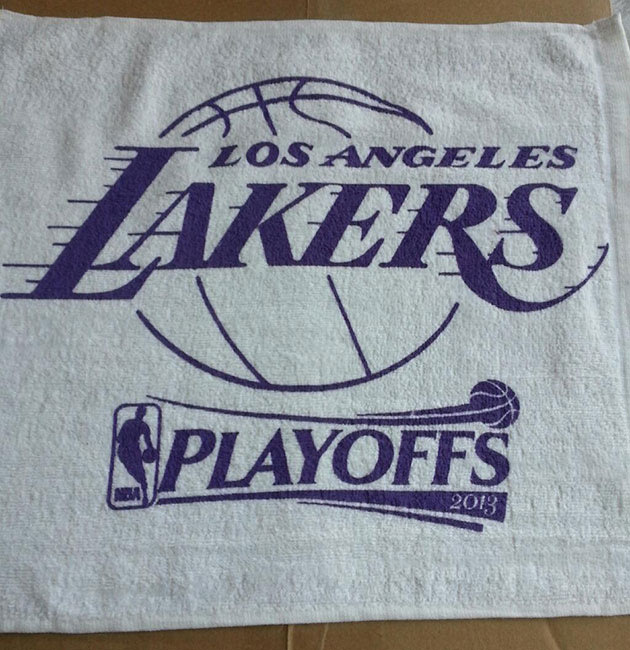 Well, then. (Image via @DuranSports)

On one hand, yes, the white giveaway towel matches the white home uniforms that the Lakers have long worn during Sunday afternoon Staples Center contests; in that respect, it was an extension of a fun, respected element of tradition and beloved Laker lore.

On the other, there's something less than rousing about giving fans an item that can serve as both a white flag to wave and a towel to throw in before a do-or-die Game 4 that came after three games in which the Spurs flat-out dominated the Lakers, including a crushing 31-point Game 3 win. Not exactly "Once more into the breach, dear friends"-caliber stuff, right?

As it turned out, the outgunned, overmatched and injury-plagued Lakers might as well have thrown in those towels before the opening tip. L.A. found themselves down nine points less than five minutes into the game, down double-digits less than four minutes into the second quarter and down as many as 25 points in the fourth quarter in a 103-82 loss.

After promising to "go down fighting" and show his teammates they could "ride [his] back," Dwight Howard got himself ejected by earning a second technical foul for arguing a non-call shortly after halftime. The Lakers never led this game once, never led in the series by more than three points, and have been swept out of the 2012-13 postseason in the first round, heading into a summer full of difficult questions to answer.