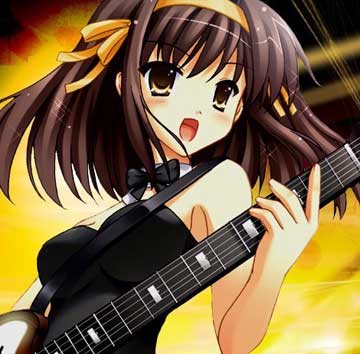 FULTON, N.Y. (AP) — Carolee Sadie Ashby's family has spent the past 45 years wondering who was driving the car that fatally struck the 4-year-old girl as she crossed a street in her upstate New York hometown on Halloween night.

Thanks to a retired detective's Facebook post, authorities provided an answer Wednesday: A man who police say misled them when questioned about the girl's death in 1968 and then sat on the secret for more than four decades.

Douglas Parkhurst, 62, of the town of Oswego, has been identified as the driver of a car that failed to stop after hitting Carolee, the Fulton Police Department said.

Parkhurst won't be charged because the statute of limitations has expired, police said. An Oswego County phone number for him has been disconnected.

The girl, her sister and a cousin were returning from a neighborhood store after buying candles for the sibling's 15th birthday when Carolee was hit. The other two weren't hurt, but Carolee later died from her injuries.

Parkhurst was questioned at the time when police learned he had been in an accident that same night. He confirmed a crash, but said it occurred in the neighboring town of Volney, police said. Although his claims that he had hit a guard post didn't match up with the damage to his vehicle, Parkhurst wasn't questioned again, police said.

The mystery endured for nearly a half-century.

Police checked out hundreds of leads over the years and reopened of the case in 2000, but the break came early last year after retired Fulton police Lt. Russ Johnson posted details of the case on a local history Facebook page. According to Fulton police, a former resident now living in Florida saw the posting and came forward with new information.

The woman, who police did not identify, told police that she was approached by a member of the Parkhurst family soon after the accident and asked to say she was with Parkhurst and his brother on Halloween night. The woman refused to do so and was never told why they wanted her alibi, but she assumed it was related to the accident, police said.

"He invited us into his home," Lunn said. "At the time, he didn't give any indication that he had any guilt to this, so to speak."

Over the course of several interviews, Parkhurst admitted he was drinking beer the night of the accident and was driving through Fulton with his brother passed out in the back seat when he hit something, Lunn said. Parkhurst told the investigators he believed at the time he had hit an animal, but now knows it was Carolee. He admitted that he initially lied when questioned about the accident in 1968, Lunn said.

Carolee's mother, Marlene, and the sister she was walking with, Darlene McCann, still live in the Fulton area. Attempts to reach them Wednesday by phone and Facebook were unsuccessful.

The car Parkhurst admitted driving that night, a tan 1962 Buick Special, was later junked in his sister's backyard in the nearby town of Mexico, Lunn said. The rusted-out vehicle has been resting on its roof in a field for about 40 years and investigators were unable to glean any evidence from it that would tie it to the hit-and-run, he said.

Lunn said various members of the police department in his city of 12,000 had worked at attempting to solve the case.