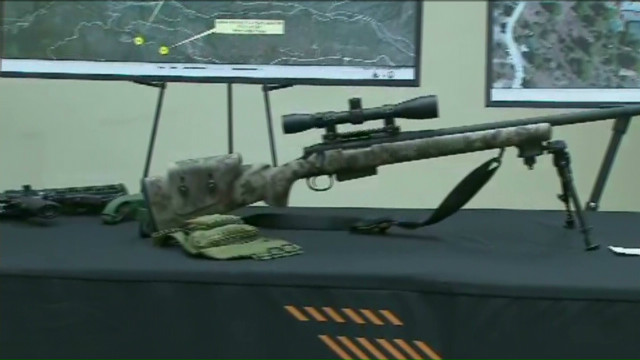 The renegade cop killed four people and wounded three others as part of a vendetta against his former comrades, before apparently taking his own life.

"While we're still compiling the information and putting our reports together, the information that we have right now seems to indicate that the wound that took Christopher Dorner's life was self-inflicted," Capt. Kevin Lacy, with the San Bernardino County Sheriff-Coroner Department, told reporters.

Investigators began scouring the mountains for Dorner on February 7, when they found his scorched pickup. Police, sheriff's deputies and federal agents worked through a weekend blizzard, but the trail was cold for days.