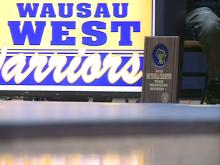 That's what happens to a team that puts together consecutive seasons with the worst record in the major leagues. And after another winter of trading veterans to load up on prospects, the Astros believe they are truly starting a new era as they prepare for their first full-squad workout Saturday.

''It's a great opportunity,'' pitcher Alex White said. ''This is a really young team and we're going up from where we're at.''

They don't figure to go too far up in the AL West this season, their first since leaving the National League. But the measure of their progress will come a year from now, according to new manager Bo Porter.

''As you look at our roster, we don't have many established major league players. That's why there is so much opportunity available,'' Porter said. ''When we stand here at this time next year, I want that number of established players to be greatly increased, and a limited amount of competition as far as who will fill those starting roles.''

Competition will be abundant this spring - at third base, shortstop, first base, all over the outfield and all throughout the pitching staff after starters Bud Norris, Lucas Harrell and Jordan Lyles.

The Astros, who have baseball's lowest payroll, did sign some veterans this offseason, including first baseman-designated hitter Carlos Pena and left-hander Erik Bedard, both 34, along with outfielder Rick Ankiel (33) and pitchers Jose Veras (32) and Philip Humber (30).

More typical of the players competing for roster spots are pitchers like White and Brad Peacock, highly regarded right-handers in their mid-20s who were traded both this winter and last.

''I kind of had that feeling (of betrayal) the first time, but now I know it's a business and it's about looking forward,'' said White, who was rated by Baseball America as Cleveland's No. 2 pitching prospect before he was shipped to Colorado.

The Rockies sent him to the Astros on Dec. 4.

Peacock, who pitched five years in Washington's organization, was listed as Oakland's No. 1 pitching prospect as recently as Feb. 4 when he left his Florida home for spring training in Arizona.

''I got the phone call in Mississippi so I had to turn around and come back to Florida,'' he said. ''I was definitely going to have to prove myself over there, just like I have to do here. So it's the same thing - a friendly competition. I'm very excited.''

And that's the idea.

''I think there's a lot of excitement about the opportunity to make the club,'' general manager Jeff Luhnow said. ''We have 61 players in camp and I think all 61 feel like they could make the club.

''I think that's exciting. There's definitely a vibe between the new look, the new colors, the new environment, a lot of new faces. There's an energy that I can sense. It's palpable. I think people understand now what the plan is, and how they fit in. There seems to be a lot of genuine enthusiasm and energy around it.''

Porter will address the entire team for the first time Saturday morning.

''It will be about the change that has taken place in the organization, about embracing the change, about the opportunity that stands before all of us and accepting that opportunity and moving forward,'' he said.

NOTES: Relief pitcher Hector Ambriz sprained his left ankle covering first base and is wearing a boot until the swelling goes down. ... Friday's workouts were cut short by cool weather. ... The Astros' first exhibition game will be against the Philadelphia Phillies at Clearwater on Feb. 23.