FRANKLYWNOW - Michael Phelps is a Dope

Michael Phelps is a Dope 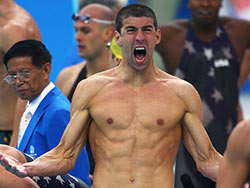 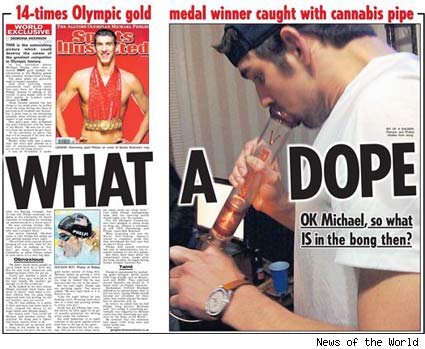 In a statement released to The Associated Press, the swimmer who won a record eight gold medals at the Beijing Games conceded the authenticity of the exclusive picture published Sunday by the tabloid News of the World.

Phelps said: "I engaged in behavior which was regrettable and demonstrated bad judgment. I'm 23 years old and despite the successes I've had in the pool, I acted in a youthful and inappropriate way, not in a manner people have come to expect from me. For this, I am sorry. I promise my fans and the public it will not happen again."

The nice thing is that -- unlike many steroid abusers -- Phelps has simply admitted that he got caught, even if it was a few months after the fact. That, in my mind, goes a fairly long way towards helping Phelps rehab a clearly damaged image.

Some folks have stated that the media's making too big a deal out of this; yet I don't think it can be overstated just how much Phelps might have cost himself in terms of endorsement money over the past few months.