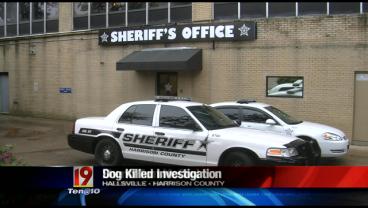 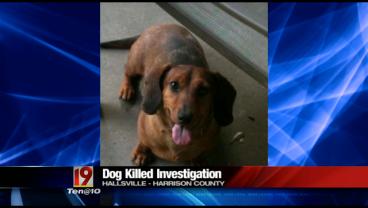 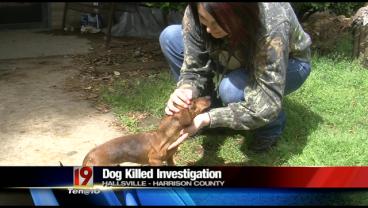 HALLSVILLE (KYTX) -- Hundreds of people have joined a Facebook page supporting a Hallsville family, claiming their dog was skinned alive. But now investigators believe the dog died after being hit by a car. CBS 19's Abby Broyles shows us why the family thinks there's more to the story.

18-year old Cheyenne Smiddy plays with her dachshund puppy, a week after her other dachshund, Hemi, died.

"I'll never forget this - it hurts," Smiddy says, "I came out and saw him covered in blood with no skin on him and I freaked, I didn't know what to think."

Her family thought someone had skinned Hemi alive, and Cheyenne set up a Facebook page, asking for help to find the person responsible.

And at first she says she got a lot of support, until she set up a savings account a local bank to collect donations for a reward.

Despite what skeptics say, Cheyenne says this is not a scam.

"I did not ask for money, I did not say, 'will you donate to help us?' They called me on their own free will to ask to help," Smiddy said.

"The reward fund has absolutely nothing to do with the Harrison County Sheriff's Office," Sheriff Tom McCool said.

Sheriff McCool says his office has investigated this case thoroughly, and they've talked to two local vets to find out how the dog died.

"We have no indication whatsoever that any intentional animal cruelty occurred. The veterinarians we have discussed the issue with, shown photos to, have both stated that in their professional opinion, the injuries were a result of being struck by a vehicle," McCool said.

While the Harrison County Sheriff's Office wraps up its investigation, and says Hemi was hit by a car, Cheyenne and her family believe there's more to the story and want to know exactly what happened out here a week ago.

"It looked like they just held up the collar and did it, pulled his skin back. I can't believe a car did that," Smiddy said.

Many people on the Facebook page for Hemi have said they'll donate money. Cheyenne's family members say they've only collected about $100. They say if no one comes forward with information about Hemi's death, they plan to donate the money to the animal shelter in Longview.