Was Rudolph the Red-Nosed Reindeer Bullied? 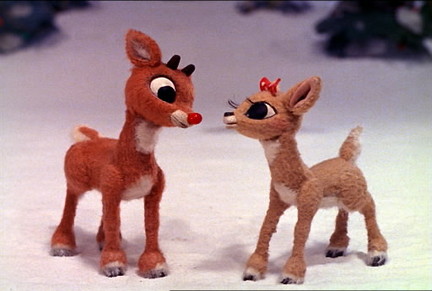 Most people think of "Rudolph the Red-Nosed Reindeer" as a cute little story about a cute little reindeer with a cute shiny nose and a happy ending.

Think again, says George Giuliani, a special ed professor at Long Island University in New York, who has written an alternative to the Christmas classic called "No More Bullies at the North Pole."

He recently went on "Fox & Friends" to discuss the issue and says the treatment Rudolph receives from jolly St. Nick and his merry band of reindeer is tantamount to bullying.

For example, when Comet, the team coach, discovers Rudolph's nose glows, he banishes him from the team and tells the other reindeer to never let him join in any reindeer games.

"What a terrible message to send to children," Giuliani told ABCNews.com.

Santa is no better. He chastises Donner, Rudolph's father, for having a red-nosed offspring and enforces policies at the North Pole that keep Hermey toiling away as an elf instead of allowing him to be the dentist he dreams of being.

"The whole community of the North Pole is into exclusion, not inclusion. You even have an island of misfit toys. The word 'misfit' is used 27 times," pointed out Giuliani, who admits he's never been a fan of the Rudolph story ever since hearing the Christmas carol at age 14 and thinking, "What an awful song this is."

In the cartoon, Hermey and Rudolph eventually run away together, an "unintended consequence of bullying," Giuliani said, adding, "which is what's going on in America today, with the worst tragedy of all being some commit suicide."

But Rudolph has a happy ending, you may say. Santa realizes the reindeer's glowing red nose can actually guide his sleigh through a Christmas night snowstorm. Everyone applauds. End of story, right?

Not so fast, says Giuliani. "The message to disabled children is we will not accept you as you are, but only if you can do something extraordinary," he said.

By their standards, bullying appears to play a major role in other holiday classics, including "A Charlie Brown Christmas," when Charlie Brown is ridiculed for his scrawny Christmas tree, and, of course, "The Grinch Who Stole Christmas" in which that big, bad bully Mr. Grinch himself tries to make everyone as miserable as he is.

For parents who grew up with these classic Christmas cartoons, it's no longer enough to sit and enjoy them with your children.

"Parents should have a conversation with their kids," Nieburg said, "the main one being about difference. How do we work with people who are different? It's not just having a red nose, it's being gay, smart, athletic. Parents should talk constantly with kids about how we treat other people."

Giuliani invites parents to read his book with their kids after watching Rudolph. The book, which can be downloaded at his website learningaboutbullying.com is about 10 of Santa's policies that Mrs. Claus shows him are unfair or hurtful. It's a book that reflects the times we live in.

"If Rudolph was coming out now, they would have a hard time selling it," Giuliani said.