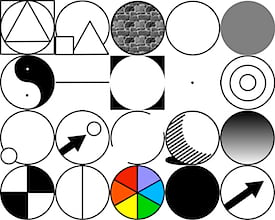 West Virginians have long been fans of NASCAR racing. Now they will have one of their own to cheer for. Pennsboro native Frank Wilson will become one of the few West Virginians ever to race in the NASCAR circuit in April when his Wilson Motorsports truck tries to qualify in the NASCAR Craftsman Truck Series at Martinsville (Va.) Speedway. "I'm tickled to be from West Virginia, and I wanted West Virginia to have a team, someone they can root for," he said. "I hope people will root for us because we are really looking forward to it all." The last time a West Virginian raced in NASCAR was more than a decade ago, when Lost Creek-native Rodney Combs drove for Richard Petty's team Wilson's experiences may be a bit different from Combs experiences years ago. Not only is Wilson a driver, he is the owner of Wilson Motorsports. And unlike the Petty team, Wilson's team will be based in West Virginia. The team just built a large facility on state Route 2 between St. Marys and Belmont to house the team's three Chevrolet racing trucks, one show truck and 20 employees. "Between 80 and 90 percent of teams are based near Charlotte," said Larry Harris, team manager for Wilson Motorsports, which will race as No. 27. "In some cases, it makes sense to be close to Charlotte, but we wanted to be based here." Harris said he doesn't know of any other teams or drivers with the same West Virginia connection as Wilson. "There are some teams based in Virginia, but I don't know of any based in West Virginia," he said. "As for West Virginia drivers, you'd have to go back a long, long ways to find anyone" The creation of Wilson Motorsports is the culmination of years of work for Wilson, who now lives in St. Marys, and his family and friends. Through much of the 1990s, Wilson raced on the dirt tracks around West Virginia, Ohio, Kentucky and Pennsylvania. During his first year of racing, he had one win and came in second place eight times. By 1991, his record improved to 12 wins and nine second-place finishes, earning him the titles of Tyler County Speedway Champion, Tyler County Most Improved and Most Popular Driver. His wins continued from 1992 through 1994. Wilson spent 1995 promoting the Tyler County Speedway. Then in 1997 he became the promoter of the Interstate Speedway. The following year he returned to the racetrack, running the Hava-Tampa Series, where he landed 19 of 40 top 10 finishes. "He did phenomenally well in the dirt series," said Matt Tulliss, a spokesman for Wilson Motorsports. But in 1999, Wilson left racing to help raise his two children, Corey and Kali, and start his own medical supply business, Life Guard Medical Supply. The business was successful, but Wilson missed the racing life. He said he started talking with some other teams about racing trucks for them and then decided to start his own team. "Some friends and I just put our heads together and decided we could do this," he said. But as Wilson soon learned, starting a NASCAR team is not as easy as just making a decision to do it and then follow through. The initial startup costs for the team was about $750,000. Plus, the team had to fill out reams of paperwork and enter into long negotiations with NASCAR just to be recognized. "It seemed as though at times nothing was happening at all, and then suddenly things would happen so fast," he said. Now it comes down to being able to win races. Wilson said he hopes his team can run either seven or eight races this year and place in all of them. But don't expect to see any grand collisions between Wilson and other drivers. As the team's owner, Wilson understands and respects the costs collisions could have on the company. "Each one of those truck bodies costs between $10,000 and $20,000. So when you see someone get mashed into the wall, you can basically say, 'Well there goes another $20,000,'" Wilson joked. "I'm not just the driver. I'm the owner, and I have to think about things like that." Wilson said he doesn't think it will be difficult for him to transition from the dirt tracks of Tyler County and nearby states to the asphalt tracks of the Craftsman Truck Series. After all, several drivers, including Jeff Gordon, have been able to make that transition. "The biggest difference between this and dirt racing is that this is a much bigger business," he said. Wilson Motorsports' primary sponsors are Life Guard Medical Supply, Creative & Beyond, Sign Source, Marietta RV and St. Marys Physical Therapy. All five companies are based either in West Virginia or Marietta, and Wilson said several other companies have expressed interest in sponsoring his team too. "In just the past 30 days I've had two major sponsors contact us," he said. "They called us. I didn't have to call them, which is a good sign. Still, Wilson said he'd like to see even more sponsors come forward, especially sponsors from West Virginia or with business operations in the state. "I can do a lot of good for them and the return on their investment is about five to one. I think there are a lot of firms in West Virginia that could benefit from a sponsorship," he said.