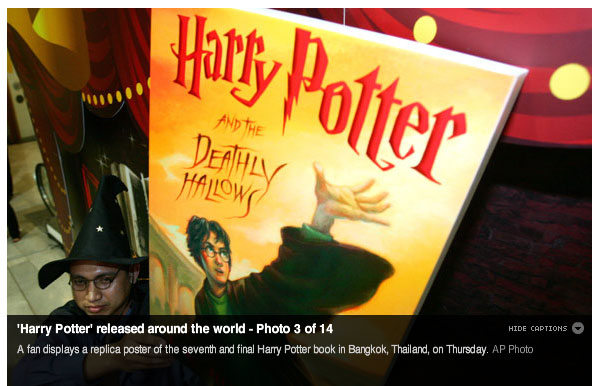 (CNN) -- Don't let the sweatshirts and flip-flops fool you: The tech world is all about image. And there's no better place to see this than the tech-company press conference -- in which execs show off new products with elaborate PowerPoint presentations.

Here's a smattering of comments about Zuckerberg's presentation, in which he announced a new video-conferencing feature. These popped up on Facebook, during the event in Palo Alto, California:

-- "omg! I'll just read about it later. This is like water torture."

-- "Im gona play solitaire if he doesn't get on with it"

At one point, Zuckerberg -- forever the geek -- pulled up a chart about Facebook's projected growth, which he introduced as a "log-normalized graph." The Internet's collective eyes rolled back.

So what went wrong?

Essentially, Zuckerberg seems to have tried -- and failed -- to imitate the undisputed king of the tech presser: Apple's Steve Jobs, who is known for leaving even the most skeptical of tech bloggers in a "hypnotic daze" after he finishes a talk.

"Zuckerberg at times appeared to be attempting to channel Steve Jobs in his presentation style," wrote Beatweek Magazine. "But too often he lost sight of the fact that most of his online audience members were from the non-geek general public."

"Steve Jobs builds his presentations around our innermost needs and desires," one Twitter user wrote. "Zuckerberg builds his around normalized logarithmic charts."

Here's a look at the key features of a Jobs presentation -- which he trots out each time Apple has a new iSomething to announce -- and how Zuckerberg fell at least a little short of the mark in copying him.