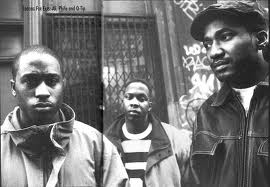 It was in the later 2000s that alternative hip hop finally secured a place within the mainstream, due in part to the declining commercial viability of gangsta rap as well as the crossover success of artists such as OutKast, Kanye West, and Gnarls Barkley. Not only did OutKast's Speakerboxxx/The Love Below receive high acclaim from music critics, manage to appeal to listeners of all ages, and span numerous musical genres – including rap, rock, R&B, punk, jazz, indie, country, pop, electronica and gospel – but it also spawned two number-one hit singles and has been certified diamond by selling 11 times platinum by the RIAA for shipping more than 11 million units, becoming the best selling rap album of all time as well as winning a Grammy Award for Album of the Year at the 46th Annual Grammy Awards being only the second rap album to do so. Industry observers view the sales race between Kanye West's Graduation and 50 Cent's Curtis as a turning point for hip hop. West emerged the victor, selling nearly a million copies in the first week alone, proving that innovative rap music could be just as commercially viable as gangsta rap, if not more so. Although he designed it as a melancholic pop rather than rap, Kanye's following 808s & Heartbreak would have a significant effect on hip hop music. While his decision to sing about love, loneliness, and heartache for the entirety of the album was at first heavily criticized by music audiences and the album predicted to be a flop, its subsequent critical acclaim and commercial success encouraged other mainstream rappers to take greater creative risks with their music.[95][96] During the release of The Blueprint 3, New York rap mogul Jay-Z revealed that next studio album would be an experimental effort, stating, "... it's not gonna be a #1 album. That's where I'm at right now. I wanna make the most experimental album I ever made."Jay-Z elaborated that like Kanye, he was unsatisfied with contemporary hip hop, was being inspired by indie-rockers like Grizzly Bear and asserted his belief that the indie rock movement would play an important role in the continued evolution of hip-hop.

The alternative hip hop movement is not limited only to the United States, as rappers such as Somali-Canadian poet K'naan, Japanese rapper Shing02, and Sri Lankan British artist M.I.A. have achieved considerable worldwide recognition. In 2009, TIME magazine placed M.I.A in the Time 100 list of "World's Most Influential people" for having "global influence across many genres." Today, due in part to the increasing use of music distribution through the internet, many alternative rap artists find acceptance by far-reaching audiences. Several burgeoning artists such as Kid Cudi and Drake have managed to attain record-breaking, chart-topping hit songs, "Day 'n' Night" and "Best I Ever Had" respectively, which they both released on free online mixtapes without the help of a major record label. The pair, along with other new artists such as Wale, The Cool Kids, Jay Electronica, and B.o.B, openly acknowledge being directly influenced by their nineties alt-rap predecessors[citation needed] in addition to alt-rock groups while their music has been noted by critics as expressing eclectic sounds, life experiences, and emotions rarely seen in mainstream hip hop.