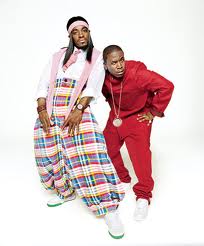 In the late 1990s, the styles of hip hop diversified. Southern rap became popular in the early 1990s,with the releases of Arrested Development's 3 Years, 5 Months & 2 Days in the Life Of... in 1992, Goodie Mob's Soul Food in 1995 and OutKast's ATLiens in 1996. All three groups were from Atlanta, Georgia. Later, Master P (Ghetto D) built up a roster of artists (the No Limit posse) based out of New Orleans. Master P incorporated G funk and Miami bass influences; and distinctive regional sounds from St. Louis, Chicago, Washington D.C., Detroit and others began to gain popularity.

In the 1990s, elements of hip hop continued to be assimilated into other genres of popular music. Neo soul, for example, combined hip hop and soul music. In the 1980s and 1990s, rapcore, rap rock and rap metal, fusions of hip hop and hardcore punk, rock and heavy metal became popular among mainstream audiences. Rage Against the Machine and Limp Bizkit were among the most well-known bands in these fields.

Though white rappers like the Beastie Boys, House of Pain and 3rd Bass had had some popular success or critical acceptance from the hip hop community, Eminem's success, beginning in 1999 with the platinum The Slim Shady LP, surprised many.