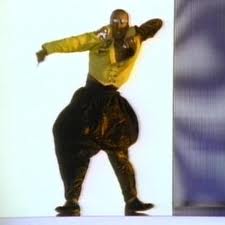 In 1990, MC Hammer hit mainstream success with the multi platinum album Please Hammer, Don't Hurt 'Em. The record reached #1 and the first single, "Can't Touch This" charted on the top ten of the billboard hot 100. MC Hammer became one of the most successful rappers of the early nineties and one of the first household names in the genre. The album raised rap music to a new level of popularity. It was the first hip-hop album certified diamond by the RIAA for sales of over ten million. It remains one of the genre's all-time best-selling albums. To date, the album has sold as many as 18 million units.[49][50][51][52]

The Wu-Tang Clan shot to fame around the same time. Being from New York City's Staten Island, the Wu-Tang Clan brought the East Coast back into the mainstream at a time when the West Coast mainly dominated rap. Other major artists in the so-called East Coast hip hop renaissance included The Notorious B.I.G., Jay-Z, and Nas. (See the article on the East Coast-West Coast hip hop rivalry.)

The Beastie Boys continued their success throughout the decade crossing color lines and gaining respect from many different artists.

Record labels based out of Atlanta, St. Louis, and New Orleans gained fame for their local scenes. The midwest rap scene was also notable, with the fast vocal styles from artists such as Bone Thugs-n-Harmony, Tech N9ne, and Twista. By the end of the decade, hip hop was an integral part of popular music, and many American pop songs had hip hop components.