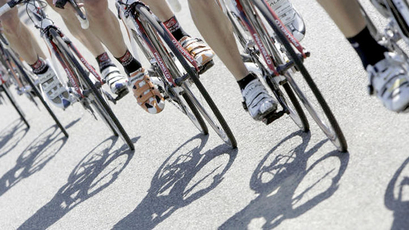 The Parks Department is removing signs posted in Central Park that state the bicycle speed limit is 15 mph, saying they are outdated and should not be enforced.

Parks Department spokeswoman Vickie Karp told The New York Times that the speed limit for cyclists is 25 mph, the same as that for cars on the park's roadways.

The parks commissioner at the time, Betsy Gotbaum, set the speed after what she said was extensive study.

"We did a lot of testing, riding bicycles alongside our cars, seeing how fast you could go and then stop without killing someone," she told the Times in 1991.

An appellate court in Manhattan upheld the 15 mph limit in 1993 after it was challenged by cyclists. The ruling said the speed limit was reasonable given "police statistics that catalog the number of bicycle accidents," the Times said.

Ten cyclists were ticketed this week for breaking the 15 mph limit. The tickets were revoked and police have apologized.